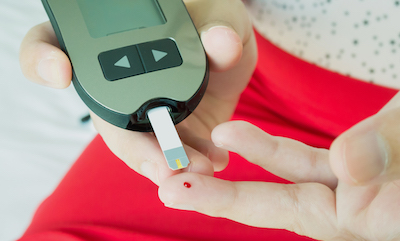 Thailand was one of the first lower-middle-income countries to implement universal health insurance coverage, in 2002, and over 99 percent of the population is now covered. But as Thailand transitions to a high-middle-income country, noncommunicable chronic diseases such as diabetes are on the rise, offering new challenges.

Now, a new study by School of Public Health researchers and researchers from Chulalongkorn and Mahidol Universities in Bangkok identifies the strengths and weaknesses of diabetes care in Thailand’s universal health system.

Published in the journal PLOS ONE, the study found that the majority of Thai adults with diabetes were never diagnosed, but that most of those who were diagnosed did receive treatment and got the condition under control.

“Our findings highlight both the achievements of universal health care in Thailand and also the opportunities that remain both on a national level and regionally to ensure that people living with diabetes are integrated into care,” says Andrew Stokes, assistant professor of global health and the study’s corresponding author.

The researchers used data from the 2014 Thai National Health Examination Survey, which included both face-to-face interviews and a physical exam portion that collected blood samples after overnight fasting. Of the 15,663 Thai adults included in the study, 8.8 percent appeared to have diabetes based on their blood samples and/or reporting being treated for diabetes. Of those who appeared to have diabetes, the researchers found that 67.0 percent reported ever being screened for diabetes, 34.0 percent reported being diagnosed, 33.3 percent had been treated, and 26.0 percent had their diabetes under control.

“Thai healthcare systems may have put emphasis on expanding coverage both in terms of population coverage and medical care benefit packages, which they did quite well with relatively low cost (and limited resources). Nevertheless, this paper highlights the importance of improving the quality of care, especially primary care and public health promotion and disease prevention,” says study co-author Piya Hanvoravongchai, a lecturer in the Department of Preventive and Social Medicine in the Faculty of Medicine at Chulalongkorn University.

The researchers found that living in areas with more medical staff and health centers, such as the south and central parts of the country and in urban centers, as well as being older, made a patient more likely to be diagnosed and to have their diabetes under control.

“This suggests that investing in infrastructure in resource-scarce areas could have improved outcomes for diabetes in Thailand. To address the gaps at screening and diagnosis, that might require also expanding efforts beyond the clinic into community settings where people could get tested for high blood sugar where they live and work, and then get linked with medical care,” says study lead author Lily Yan, a resident at Boston Medical Center and a master of science in population health student at SPH. “In order for health systems to intervene effectively, they have to first recognize that there is a problem.”