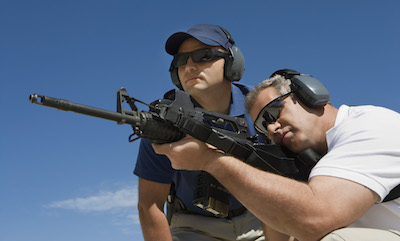 A new School of Public Health study sheds new light on the opinions and practices of US gun owners, casting doubt on the way gun owners have been portrayed in policy discussions and media, and even how they perceive themselves.

The survey results, published in the American Journal of Preventive Medicine, show that the majority of gun owners support many gun violence prevention policies, including background checks, permit requirements, and prohibitions for individuals with domestic violence restraining orders. But most of these gun owners report that they do not make their support public because they are alienated by the rhetoric of gun violence prevention advocates.

“Gun owners overwhelmingly support basic gun violence prevention policies, but they feel alienated because we in public health are not respecting their decision to own a gun for self-protection,” says study lead author Michael Siegel, professor of community health sciences.

“This feeling of disrespect is what is keeping gun owners who support these policies from expressing their support publicly,” he says. “Public health advocates must respect the decision that gun owners have made to protect themselves and their families. Educating gun owners about the risks associated with gun ownership is important, but needs to be done without criticizing gun owners or attacking gun culture.”

The study is based on the responses of 2,086 gun owners in the 2019 National Lawful Use of Guns Survey.

The researchers found most gun owners in the US. view guns as a practical tool to protect themselves, and do not have strong identities as gun owners. Only 10 percent said they view guns as an important part of their identity, and 23 percent reported taking part in any gun-related activity more than rarely.

Ironically, only 8 percent of survey respondents identified themselves as being like the typical gun owner, according to the survey. “The NRA pulled one of the biggest illusions in history by making 8 percent of gun owners feel like they are the majority, and the other 92% feel like the minority. The NRA does not represent gun owners in this country, and it is time for the media and policymakers to give a voice to the silent majority,” Boine says.

Despite the majority of the gun owners saying they support many gun violence prevention policies, 59 percent said they think that gun control advocates want to take their guns away. Among gun owners who said they supported universal background checks, 62 percent said that they nonetheless feel alienated from taking part in gun violence prevention because they perceive that gun control advocates are trying to eliminate aspects of gun culture.

“We need to view the decision to arm oneself for self-protection as a legitimate behavior,” Siegel says. “We may not agree that it reduces actual risk, but if law-abiding gun owners feel disrespected, why should they believe that we are not aiming to take their guns away? That is respect that needs to be earned.”

Boine notes that the survey found the policies with the least support among gun owners are the ones that ban certain types of firearms, while most gun owners support policies that instead focus on the risks associated with each potential firearm buyer. “Responsible gun owners don’t want firearms to fall into the hands of people who are a danger to themselves or others,” she says. “Policies that ban certain types of weapons and affect all gun owners alike make them feel like we are blaming them for the gun violence epidemic.”

In previous research, Siegel and Boine have found that the policies that most effectively reduce gun violence are the ones that limit who can have a firearm, rather than what firearms are legal to own.

The study was funded by the Robert Wood Johnson Foundation’s Evidence for Action program.

In another recent study, the researchers identified three distinct gun cultures in the United States: one focused on recreational use, a second focused on self-defense—and a previously-unidentified “Gun Culture 3.0” focused on Second Amendment activism, which the researchers found has increased the most in states that have strengthened their gun laws to the greatest degree. Read more here.