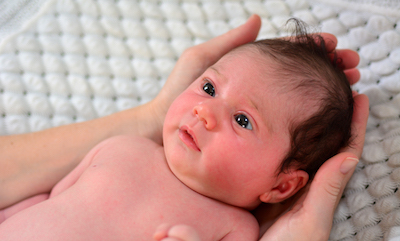 The findings come from the first-of-its-kind Safe Passage Study, which is supported by the National Institutes of Health. The report is published in EclinicalMedicine, an online journal published by The Lancet.

“Our findings suggest that combined exposures to alcohol and tobacco have a synergistic effect on SIDS risk, given that dual exposure was associated with substantially higher risk than either exposure alone,” says the study’s first author, Amy J. Elliott of the Avera Health Center for Pediatric & Community Research.

“This study shows that those who drink higher quantities of alcohol also smoke more cigarettes per day and vice versa. It isn’t surprising that there is a synergist effect of dual exposure,” says the report’s senior author, Kimberly Ann Dukes, research associate professor of biostatistics and executive director of the Biostatistics and Epidemiology Data Analytics Center (BEDAC).

The findings point to the importance of “education and developing media campaigns for our schools, communities, and clinicians regarding abstinence of drinking and smoking during pregnancy,” she says.

The Safe Passage Study is the first large-scale prospective study to closely investigate the association between prenatal alcohol and tobacco exposure and the risk of SIDS, conducted by the Prenatal Alcohol in SIDS and Stillbirth (PASS) Network, a multi-center team of scientists from throughout the US and in South Africa.

From 2007 until 2015, PASS Network researchers followed the outcomes of nearly 12,000 pregnancies among women from five sites in the US—including two American Indian Reservations in South Dakota and North Dakota—and two residential areas in Cape Town, South Africa. The study sites were selected for their high rates of prenatal alcohol use and SIDS, and to include populations where the ethnic and socioeconomic disparities in SIDS remains understudied.

The researchers determined one-year outcomes for about 94 percent of the pregnancies. They found that 66 infants died during the observed period, with 28 of those deaths attributed to SIDS deaths and the other 38 to known causes.

“Our findings support the current recommendation of the US Centers for Disease Control and Prevention, the US Surgeon General, and the World Health Organization that women not drink or smoke during pregnancy, and emphasizes the significance of dual exposure, which provides the greatest risk for infant mortality,” says study co-first author Hannah C. Kinney of Boston Children’s Hospital and Harvard School of Medicine.

In a joint statement, the leaders of the NIH institutes that provide primary funding for the Safe Passage Study said: “Insofar as many women quit drinking and smoking only after they learn that they are pregnant, this study argues strongly for screening for substance use early in pregnancy and intervening as soon as possible. It also calls for stronger public health messaging regarding the dangers of drinking and smoking during pregnancy, and among women who plan to become pregnant.”