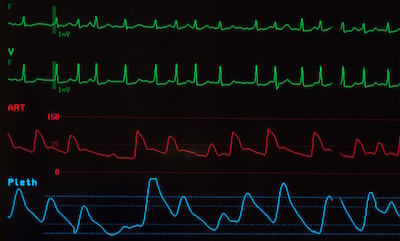 A first-of-its-kind School of Public Health study shows a decline in deaths related to atrial fibrillation (irregular heartbeat) over the last 45 years.

But the study, published in the journal BMJ, finds that the increasingly common condition still takes an average of two years off of a person’s life, compared to three years back in the 1970s and early 1980s.

Trinquart and colleagues at SPH and in Denmark used data from the BU-based, multigenerational Framingham Heart Study, the longest-running cardiovascular health study in the United States.

“The Framingham Heart Study is one of the only studies in the world that allow studying such temporal trends,” says study lead author Nicklas Vinter, a physician at Silkeborg Regional Hospital and doctoral student at Aarhus University in Denmark.

The researchers analyzed health data from three generations of Framingham Heart Study participants from 1972 to 2015, tracking the likelihood of a participant dying 10 years after an atrial fibrillation diagnosis, compared with someone of the same age, sex, and with otherwise similar health.

The study was co-authored by doctoral student Qiuxi Huang; and Emelia Benjamin, professor of epidemiology at SPH and of cardiovascular medicine at the School of Medicine, and primary investigator on the Framingham Heart Study. The other co-authors are Morten Fenger-Grøn of Aarhus University; and Lars Frost of Silkeborg Regional Hospital and Aarhus University.

Atrial Fibrillation Less Deadly Than It Used to Be, But Still Cause for Concern