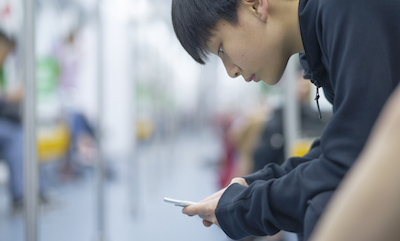 The American legal cannabis market is set to surpass $12 billion by the end of 2019. But as states legalize non-medical marijuana, they are facing regulation challenges quite different from the early days of alcohol and tobacco marketing: Social media allows cannabis brands to reach a new level of engagement and interaction with youth.

Now, a new study co-authored by School of Public Health researchers finds that one in three youth in states with legal recreational cannabis engages with cannabis brands on social media.

Published in the journal Drug and Alcohol Dependence, the study also shows that this engagement goes hand-in-hand with use: Adolescents who liked or followed marijuana marketing on social media were five times more likely to have used marijuana over the past year compared to those who did not, and adolescents who reported a favorite brand were eight times more likely.

“It is clear that the current methods of protecting youth are not working,” says lead author Pamela Trangenstein, who led the study analysis while a postdoctoral associate in the Department of Health Law, Policy & Management at SPH. “When 45 percent of youth report being online almost constantly, exposure to marijuana marketing in social media may put their health and futures at risk.”

“We have seen from numerous studies that kids who are more engaged with alcohol marketing are more likely to use and do so more heavily,” says study co-author David Jernigan, professor of health law, policy & management. “These findings are the first time we are seeing the same phenomenon with cannabis.”

The findings are part of the Cannabis Advertising and Social Media (CASM) Study, based at the University of Wisconsin–Madison. CASM is the first US study to examine the role of underage youth exposure to marijuana marketing in social media. “Youth who can’t buy or use non-medical marijuana shouldn’t have to see these promotions and they shouldn’t be able to interact with them,” says Megan Moreno, the lead investigator of CASM and a professor of pediatrics at the University of Wisconsin School of Medicine and Public Health. “These numbers should all be zero.”

Youth Are Engaging with Cannabis Brands on Social Media