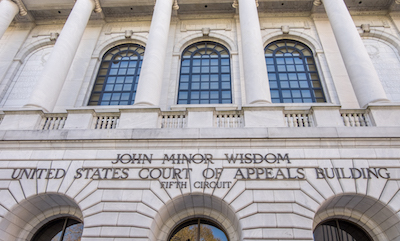 On July 9th, the Fifth Circuit Court of Appeals heard oral arguments in Texas v. US, the third major challenge to the Patient Protection and Affordable Care Act. In this case, Texas and 17 other states argue that all 950 pages of the law should be declared unconstitutional because Congress changed one provision. Texas’s legal arguments are incorrect, the Trump administration’s refusal to defend the ACA is highly unusual, and the Fifth Circuit has been known to forge its own path. This mixture makes it important to understand what could happen if the ACA is gutted, even though, from a legal perspective, this case should not exist at all because of the basic fact that Congress can amend its own laws.

Red states challenged the ACA the day it was signed, and, two years later, the US Supreme Court decided the constitutionality of two of the ACA’s key elements: the individual mandate and Medicaid expansion. In this case, National Federation of Independent Business v. Sebelius (known as NFIB), the Court held that the individual mandate was valid as an exercise of Congress’s tax power; Congress could not force people to purchase insurance, but it could influence the choice to either purchase or face a penalty. On the other hand, the Court held that mandatory expansion of Medicaid eligibility unconstitutionally “coerced” states, ruling instead that states should be allowed to opt in or out. The Medicaid aspect of the NFIB ruling indicates that the ACA is “severable”—even if parts are eliminated, the remainder of the law would continue to operate.

On December 22, 2017, after failing to pass “repeal and replace” bills, Congress enacted the Tax Cuts and Jobs Act of 2017 (TCJA), which reduced the ACA’s penalty for failure to purchase insurance to $0. In effect, the ACA now encourages purchase of health insurance but does not penalize those who don’t buy coverage.

Even though the Department of Justice’s task is to defend federal laws, it has instead sided with Texas. So, 16 state attorneys general intervened to argue in favor of the ACA in the Fifth Circuit case.

In oral arguments, the Fifth Circuit judges added a new twist, questioning “standing,” which identifies whether a particular party can represent the specific question in a case. If no party has standing, this case could be thrown out of court. All parties argued that they have standing.

As to the substance of the case, the judges questioned repeatedly whether and how the ACA could continue without the individual mandate. Their questions did not appear favorable to the ACA, bizarrely invoking the American Revolution and generally expressing antagonism toward government in health care. But, some questions appeared pragmatic, dissecting how a complex case works without the federal government coherently participating, and considering what eliminating one part of a lengthy and multifaceted law looks like.

If the Fifth Circuit strikes down the entire ACA, it would be a radical decision for the same reasons that the lower court’s holding was unusual—and every corner of health care would be affected.

Nearly 20 million people gained insurance under the ACA, with uninsurance decreasing from almost 20 percent of the population in 2013 to under 13 percent in 2016. If the Fifth Circuit strikes down the entire ACA, those who were the least likely to have insurance before the law—part-time workers and low-income individuals—would struggle straightaway. Other key reforms would vanish, such as requiring insurers to cover children up to age 26 on family plans.

Insurers would return to many pre-ACA practices, such as charging everyone who is not young and healthy higher prices for coverage—if they could get covered at all. Consumers could expect stingier benefits, limited coverage for major illnesses, lifetime caps, and charges for preventive services. Healthcare providers would see steep increases in uninsured patients who cannot pay bills, and more patients would visit emergency departments and be unable to pay, increasing hospital debt. Rural hospitals would struggle even more. Billions of dollars in federal funding would disappear from states’ budgets. This is just the tip of the iceberg.

There is another possibility: The Fifth Circuit might strike down only the individual mandate (disagreement does exist as to whether it is unconstitutional). If this happens, then the case is still frivolous but has less drastic implications. Despite predictions of an insurance market collapse, the Congressional Budget Office estimates that only some individuals will drop coverage, but most will not. For example, low-income populations that gained coverage under the ACA would still receive subsidies to purchase insurance and would qualify for Medicaid. Severing the individual mandate is likely the best outcome here, assuming the court will not dismiss Texas’s case entirely.

Congress chose to sever the penalty, and Texas’s position does not hold legal water, but ACA litigation has reached some surprising results. Current predictions are that this case could bring the ACA to the Supreme Court for another major decision on the law. Stay tuned.

Texas v. US: Another State-Led Threat to the ACA