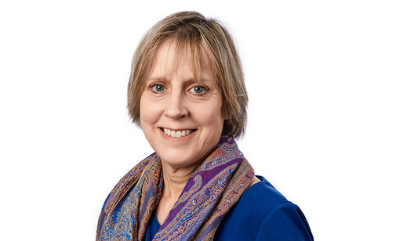 Sondra Crosby, associate professor of health law, ethics & human rights, received the Navy and Marine Corps Achievement Medal for superior performance of her duties while serving as senior medical officer for detachment victor in the Operational Health Support Unit in Portsmouth, Va., from March 2016 to October 2019.

The Navy and Marine Corps Achievement Medal is awarded to members of the Armed Forces, including members of Reserve components on active or inactive duty, of the grade of lieutenant commander/major and below. It is awarded to service members who have provided commendable service performed commendably in routine duties or exceptional achievements, that have not been recognized by a higher award.

“Joining the military has been a transformative experience,” says Crosby. “It is immensely gratifying to serve my shipmates as their senior medical officer, and they inspire me every day to aspire to excellence and to model our core values of honor, courage, and commitment.”

According to the commendation, “LCDR Crosby’s professional ability, personal initiative and dedication to duty reflected credit on her and were in keeping with the highest tradition of the United States Naval Service.”

Crosby is an internationally known expert in medical documentation of human rights violations, and has made significant contributions to the field of caring for survivors of torture and refugee trauma. She also is a professor of medicine at the School of Medicine and a general internist at Boston Medical Center.

Crosby is the recipient of the 2008 Leonard Tow Humanism in Medicine from MED and the 2016 Whitetulip Health Foundation Doctors’ Day Public Service Award in recognition of commitment to and outstanding work with refugees from around the world. She joined the United States Navy Reserve Medical Corps in 2014 at the rank of Lieutenant Commander and was selected to the rank of Commander in May 2019.