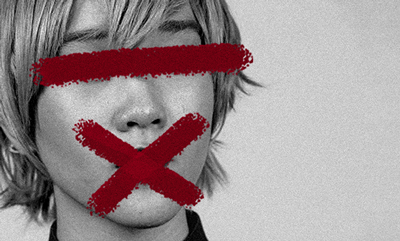 By the age of 16, Cyntoia Brown had experienced multiple rapes, physical and mental abuse, run away from home, and was being sold for sex by a pimp named Garion McGlothen or “Kut Throat.” On the evening of August 6, 2004, her life would change forever when she was sold to a 43-year-old perpetrator named Johnny Allen. Brown shot and killed Allen after he became violent and she feared for her life.  Two years following her arrest, Brown was tried as an adult for murder and robbery, and was given a life sentence.

After a 15-year-long battle for her rights and dignity, Brown was finally granted clemency after serving 13 years in prison, and will be released on August 7, 2019.

A lot has changed since 2004. States are better at recognizing that there is no such thing as a “teenage prostitute,” and in fact, more than 30 states have Safe Harbor laws to ensure victims of the commercial sexual exploitation of children (CSEC) are treated as victims and not criminals. This cultural awareness and shift is what ultimately led to Brown receiving clemency.

As awareness and policies shift, it is time for a coordinated public health approach to preventively address the inherent violence, trauma, and mental health challenges behind this exploitation, along with the cyclical nature of CSEC and its impact on families, to protect vulnerable youth like Brown.

Every day, young people are bought and sold for sex in our communities. They are deceived, manipulated, or coerced into the commercial sex industry. The commercial sexual exploitation of children is an outrageous form of child abuse that pits vulnerable and marginalized youth up against a multi-billion dollar sex industry.

Adolescent girls, particularly those abused, neglected, or exposed to family violence and addiction, are especially vulnerable to recruitment by “pimps.” (Female, male, transgender, and non-binary youth are all at risk of commercial sexual exploitation; for the purposes of this article, we have focused on the unique needs of cisgender girls.) It is reported that the most frequent age of entry into sex trafficking nationally is 12 to 15 years old. For the young people we serve at My Life My Choice, a Boston-based survivor-led program aimed at combatting CSEC, the average age of entry has held steady at 14 years old over the past three years. Traffickers systematically target vulnerable girls by frequenting locations where they congregate–face-to-face and online.

While we serve girls of all races and ethnicities from communities throughout Eastern Massachusetts, we disproportionately see low-income girls of color. Commercial sexual exploitation is a human rights issue that is integrally connected to racism, classism, sexism, and gender-based violence. As public health professionals, it can be far too easy to see the commercial sexual exploitation of girls as inevitable and sewn deep into the fabric of our society. It is not. Young victims of commercial sexual exploitation are hidden in plain sight–in our schools, group homes, juvenile justice facilities, and probation departments. As a result of familial abuse, they are often first seen as victims in the child protective services system and, later, as delinquents in the juvenile justice system, criminalized for the exploitation they have suffered.

The public health implications of CSEC are severe and cumulatively impact victims throughout their life course. Survivors face profound mental and physical consequences ranging from depression, psychological and physical abuse, sexual assault, sexually transmitted diseases, infectious diseases, substance dependency, and PTSD—some of which can be passed down to the children of victims. Moreover, CSEC stunts the social and economic development of victims, presenting huge hurdles in their road to recovery and freedom. The sex industry flourishes by capitalizing on systems of oppression that shape cultural norms around power, equity, and gender. Strategies to disrupt the sex industry must use a public health approach that is focused on systematic change, as well as social and economic determinants of health that affect victims.

Brown was born with fetal alcohol spectrum disorder as a consequence of her biological mother’s substance abuse. She was given up for adoption at 8 months old, and while she was provided a generally stable home, she was a vulnerable to CSEC and other forms of violence and abuse at a very young age.  She also spent two years living in Department of Children’s Services (DCS) facilities. McGlothen exploited these vulnerabilities and used them as a means to control and sell her. In response, the juvenile justice system criminalized Brown as an “adult prostitute” rather than treating her as a victim of CSEC. Brown’s story is not unlike many that we see at My Life My Choice. Similar to Brown, themes of trauma and abandonment are central to the narratives of the girls we serve. Girls recount a profound sense of being alone, without resources, and are taught by exploiters that they have “chosen” this life, that no one will believe them, and that there is no way out.

A similar case to Brown’s is currently playing out in Ohio. When Alexis Martin was 15, her pimp was murdered and robbed by a rival pimp while she was in a room nearby being raped by her pimp’s brother. Martin was charged with murder and is now serving a minimum 21-year sentence because prosecutors argued she helped plot the robbery and thus was culpable in the murder despite never pulling a trigger. Her earliest possible parole hearing is in 2034. Similar to Brown’s case, advocates are working around the clock to fight for justice for Martin.

Girls across the United States deserve better. This is not about Cyntoia Brown and the publicity her case has received, but about the thousands of victims of CSEC and the countless more at risk of exploitation. They deserve child welfare and juvenile justice systems that are aware of the risk of exploitation and proactively training workers to respond to this risk. Massachusetts’ Department of Children and Families and the Department of Youth Services have created policies and practices aimed at insuring that vulnerable young people receive compassion and resources. They deserve long term interpersonal support from a trained caring individual—ideally a survivor themselves—who understands that a path to safety and stability is neither easy nor linear and works intentionally to build a sense of hope. And they deserve communities who recognize that the commercial sex industry is not in fact in the oldest profession but is instead the oldest oppressor. Public health is uniquely poised to make this kind of impact. Brown—and the countless other girls in our neighborhoods whose stories echo her pain—are worthy of care, dignity, and respect.

Lisa Goldblatt Grace (MSW, SPH’96), Co-Founder & Executive Director; Audrey Morrissey, Associate Director & Director of National Survivor Leadership; and Ashlee Espensen (SPH’17), Outcomes and Evaluation Manager, all work at My Life My Choice, a survivor-led organization that works to end commercial sexual exploitation of children by empowering youth and their allies to fight back.

Justice for Cyntoia Brown: A Call to Action for Public Health

There are 2 comments on Justice for Cyntoia Brown: A Call to Action for Public Health