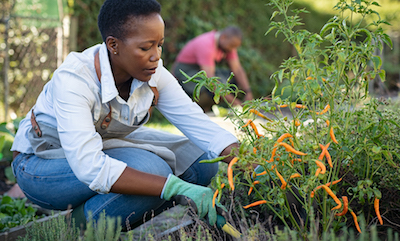 The Massachusetts legislature is considering a bill that would criminalize female genital mutilation (FGM), create prevention efforts among at-risk communities in the state, and provide more support for women and girls living with the physical and psychological consequences of these practices.

But, while the physical harms of FGM are well documented, the mental health research is severely lacking, according to a School of Public Health study published in the journal BMJ Global Health.

“About 200 million women are currently living with FGM around the globe and about 3 million girls remain at risk of being subjected to FGM annually—making FGM more common than breast cancer,” says study lead author Salma M. Abdalla, a doctoral student and research fellow in epidemiology.

“Yet, unlike other conditions that affect comparable numbers of women, the research on FGM is sparse and rarely well-designed,” she says. “More, and better, research is needed to inform the design of mental health services that cater to the special needs of women who have undergone FGM.”

Abdalla and study co-author Sandro Galea, dean and Robert A. Knox Professor, reviewed all quantitative studies published in English through 2018 that examined the relationship between FGM and mental health. They found 16 studies, only six of which focused exclusively on FGM and mental health. Abdalla and Galea then evaluated the methodologies of the studies, finding that only one study was of “good” methodological quality. They concluded that the current body of evidence leaves unclear how severe the mental health consequences of FGM are, whether more severe FGM practices have more severe mental health impact, and which mental health issues are most common.

However, Abdalla and Galea wrote, there is certainly enough evidence to show that FGM causes psychological harm. “This review should set to rest, once and for all, the misconception that the cultural normalization of FGM/C somehow minimizes the adverse mental health consequences associated with this practice,” they wrote.

More and better research is necessarily to meet the mental health needs of women who have experienced FGM, Abdalla says. But, in the meantime, “enacting laws against the practice will help spare young girls from enduring such consequences for the remainder of their lives.”