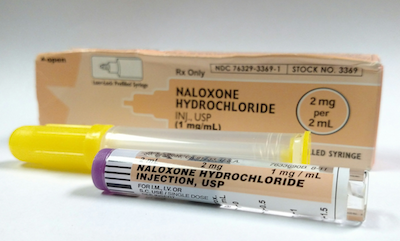 Naloxone, sold under the brand name Narcan, is a safe and effective antidote for reversing opioid overdose. The vast majority of bystanders who administer naloxone are themselves addicted to opioids, but little research has looked at the demographics of those who do intervene.

Now, a study co-authored by a School of Public Health researcher finds white and Hispanic people who use heroin and have overdosed or seen others overdose are more likely to administer naloxone than their black counterparts or those using prescription opioids.

The study, published in the Journal of Substance Abuse Treatment, used interviews with 468 people on admission to inpatient opioid detoxification at Stanley Street Treatment and Resources in Fall River, Massachusetts, in late 2015. The researchers found those at greater opioid-related mortality risk through heroin use, injected drug use, or history of overdose were more likely to have administered naloxone in the past year. However, none of the participants who used prescription pills and none of the black participants reported having administered naloxone.

“Unlike heroin users, pill users may be making only rare visits to settings where naloxone is freely distributed, such as healthcare facilities or needle exchange programs,” says study senior author Michael Stein, professor and chair of health law, policy & management. “Or perhaps they believe they’re at low risk of overdose.”

“We were surprised to find these stark racial differences in the use of naloxone,” Stein says. “It will be important to understand the causes in this region, and also to see if our result is repeated in other locations.”

The authors wrote the study findings may help physicians, policy makers, and public health officials better target their investment in distributing naloxone, and to determine whether perceiving a higher risk of overdose is an incentive to carry and use naloxone.

Those at Greater Risk of Overdose More Likely to Administer Naloxone