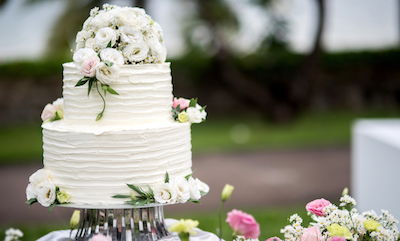 Since the nationwide legalization of same-sex marriage in 2015, opponents have shifted their focus to whether individuals can deny services to same-sex couples, from issuing marriage licenses to baking wedding cakes. When the Supreme Court gives its ruling on Masterpiece Cakeshop v. the Colorado Civil Rights Commission this summer, it could have widespread implications for the 12 states with laws permitting the denial of services to same-sex couples, or the 21 states with laws protecting sexual minorities from discrimination.

Now, a study led by a School of Public Health researcher has found that state laws permitting the denial of services to same-sex couples because of religious or moral beliefs harm the mental health of sexual minority adults in those states.

The study, published in JAMA Psychiatry, found these laws were associated with a 46 percent increase in the proportion of sexual minority adults experiencing mental distress.

The researchers used 2014–2016 Behavioral Risk Factor Surveillance System (BRFSS) data on self-reported mental distress such as depression and stress among adults aged 18-64 years in three states that implemented these laws in 2015: Utah, Michigan, and North Carolina.

The researchers used six nearby, demographically similar states without such laws as controls: Idaho and Nevada for Utah, Ohio and Indiana for Michigan, and Virginia and Delaware for North Carolina.

Among adults who identified as gay, lesbian, bisexual, or not sure of their sexual orientation in all nine states, 23 percent reported mental distress in 2014, compared to 12.5 percent among straight-identified adults. By 2016, the proportion of sexual minority adults reporting mental distress rose by 10.1 percentage points in the three states that had implemented these laws.

The authors wrote that the dramatic increase in distress only 7 to 18 months after implementation suggests the affect of these laws were felt well beyond the individuals personally experiencing denial of a marriage license or adoption. “State laws that permit discrimination against sexual minorities may affect whether others perceive and treat sexual minorities as equal citizens and whether sexual minorities perceive themselves as equal citizens,” the authors wrote. “Media coverage of state laws permitting denial of services to same-sex couples, and the attendant discourse, may also affect the salience of these laws and their impact on sexual minority mental health.”

A recent report also suggests the Centers for Disease Control and Prevention (CDC) is rolling back data collection on the LGBTQ community in the BRFSS, the source used by the study. “It can’t erase the disparities that research has already documented,” Raifman says. “The data we already have on disparities demonstrate the importance of continuing LGBTQ data collection, research, and programs to improve LGBTQ health.”