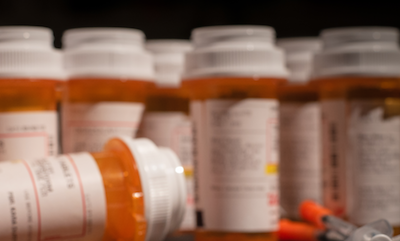 In Massachusetts, more than 275,000 people—or 4.6 percent of people over the age of 11—have opioid use disorder as of 2015, nearly four times more than previously estimated, according to a new study co-authored by School of Public Health researchers.

The study, published in the American Journal of Public Health, found counties with rural populations had some of the highest prevalence of opioid use disorder, including Berkshire (6.06 percent), Bristol (5.81 percent), Hampden (5.34 percent), Barnstable (5.03 percent), and Worcester (4.38 percent). For Suffolk County, which encompasses Boston, the prevalence was 3.36 percent.

“Those with opioid use disorder are particularly hard to find and count due to stigma and lack of engagement with healthcare and other support services,” says study co-author Laura White, associate professor of biostatistics. “Beyond estimating the prevalence of opioid use disorder, this study gives us an increased understanding of the large number of individuals who are undiagnosed and not getting support or services.”

For this study, the researchers used data from the Massachusetts Public Health Data Warehouse, a novel database that links data from 16 state agencies for a comprehensive analysis of health care system utilization and fatal and non-fatal opioid overdoses rates. Through a system called “capture-recapture” analysis, the researchers were able to identify how many people were known to have an opioid use disorder based on their encounters with the health care system in each year from 2011 through 2015. By looking at how many individuals showed up multiple times over that period, the researchers were then able to estimate how many more people had opioid use disorder but were not included in the data.

“Our methodology, coupled with the data available from the Department of Public Health, provides an innovative approach to more accurately assess opioid use disorder in Massachusetts, which indicates that the issue is more widespread than previous available data was showing,” says lead author Joshua Barocas, an infectious disease physician at Boston Medical Center and an assistant professor of medicine at the School of Medicine.

“The information from linked databases can and should be implemented by other states trying to better understand and change the course of the opioid epidemic, which includes deploying resources in areas with the greatest need,” he says.

The researchers noted that, while fentanyl is likely a cause in the surge of overdoses in Massachusetts, the increased prevalence of opioid use disorder is likely also contributing to the continuing increase in overdose deaths. They also wrote that, given the clinical complexity of opioid use disorder, better surveillance can help increase the accuracy of diagnosing and treating the disease.

“This study shows how much progress we can make when interdisciplinary teams work together to solve complicated problems,” White says.

The study was co-authored by Jeffrey Samet, professor of community health sciences at SPH and professor and chief of general internal medicine at MED. The other co-authors were: Jianing Wang, Alexander Walley (SPH’07), Marc R. LaRochelle, Jake Morgan, and Benjamin Linas of the School of Medicine and Boston Medical Center; Dana Bernson of the Massachusetts Department of Public Health; and Thomas Land of the University of Massachusetts Medical School.

Nearly 1 in 20 Massachusetts Residents Has Opioid Use Disorder