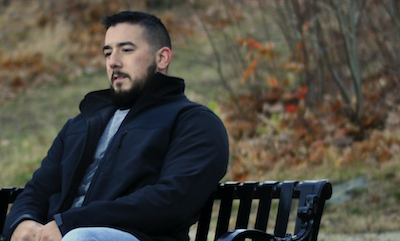 One-on-one therapy based on the repetition of a mantram, a word or phrase with a spiritual meaning, is an effective method of reducing PTSD symptom severity and insomnia in veterans, according to a new study co-authored by a School of Public Health researcher.

The study, published in the American Journal of Psychiatry, is the first randomized controlled trial of individually delivered mantram therapy for PTSD in a group of veterans. The researchers found the veterans in mantram repetition therapy had significantly greater improvements in PTSD symptom severity and insomnia, and 59 percent no longer met the criteria for PTSD after two months, compared to 40 percent of veterans receiving another non-trauma-focused therapy.

“Many veterans are unable to participate in trauma-focused evidence-based treatments, such as cognitive processing therapy or prolonged exposure therapy, because reliving their trauma is just too awful and difficult for them,” says senior author A. Rani Elwy, adjunct associate professor of health law, policy & management.

“Having an effective form of non-trauma focused therapy, such as mantram repetition, allows these veterans to remain in treatment for PTSD and offers them critical skills for the day-to-day management of what have been debilitating symptoms—that is, until they learned mantram repetition.”

Mantram repetition therapy involves learning to intentionally slow down thoughts and to practice “one-pointed attention” by silently repeating a mantram individuals select for themselves from a list of words or phrases with a spiritual meaning. Present-centered therapy focuses on currently stressful events and problem-solving skills, and is often used as a control for research on other kinds of therapy.

Mantram participants’ average PTSD severity was 29.98 CAPS points lower than the present-centered therapy group’s at the end of treatment, and still 29.34 points lower at the two-month follow-up. However, the percentage of participants who saw a clinically meaningful improvement of at least 10 CAPS points was the same for both groups. Self-reported severity of PTSD symptoms was lower for mantram participants at the end of treatment, but not significantly different at the two-month follow-up.

Of the participants who completed the two-month follow-up, 59 percent of participants in the mantram group no longer met criteria for PTSD, compared to 40 percent from the present-centered therapy group. The mantram group also had a larger reduction in the severity of insomnia symptoms, while both groups saw similar improvements in all of the other secondary outcomes.

“Mantram repetition is a low cost, highly effective treatment that can be practiced in any setting, and can be delivered by a wide-range of providers, including other veterans,” Elwy says. “I’d love to see the VA train its peer support specialists in this form of treatment and to offer mantram repetition as usual care for all veterans with PTSD.”

Lawrence R. Herz, assistant professor of psychiatry at the School of Medicine, was a co-author of the study. The study was led by Jill E. Bormann of the Center of Excellence for Stress and Mental Health at the VA San Diego Healthcare System.