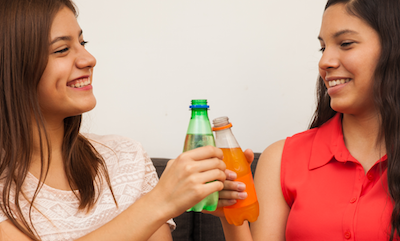 How many sugary beverages an adolescent consumes is influenced far more by the availability of these drinks at home than at school or in the neighborhood, according to a new study co-authored by a School of Public Health researcher.

“Parents still play a major role in shaping their children’s diet through the food and drinks made available at home, even though adolescents spend substantial time in other settings,” says study co-author Monica Wang, assistant professor of community health sciences. “That can be a very empowering opportunity for parents to improve their children’s diet through small changes.”

About one-third (32.6 percent) of the adolescents were nondaily consumers of sugar-sweetened beverages, while 33.9 percent consumed at least one but fewer than two per day, and 33.5 consumed two or more per day.

“More than one-half of adolescents’ calories are consumed at home, and findings from this study emphasize that the home does matter,” the authors wrote. “Parents can be empowered to make small changes in the home to reduce sugar-sweetened beverage availability and promote healthier diets for their adolescents.”