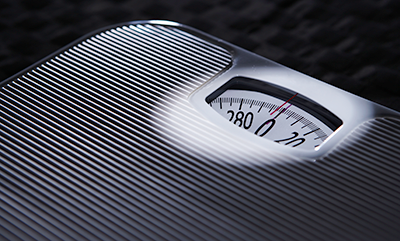 The study, in the Annals of Internal Medicine, further undercuts the so-called “obesity paradox” raised by prior studies, which posits that being overweight is protective against mortality from heart and other diseases.

The new study examined risks for all-cause and cause-specific death associated with being overweight or obese among more than 225,000 participants in three large prospective studies. It gauged the maximum BMI (body mass index) of participants across 16 years of weight history, and examined deaths that occurred within an average of 12 years of follow-up.

The analysis found that people with a maximum BMI in the overweight or obese categories were at elevated risk for all-cause death, as well as death from cardiovascular disease, cancer and respiratory disease. The highest risk for death occurred among participants who had significant drops in weight, which the authors said most likely reflected unintentional weight loss caused by illness.

Several prior studies have indicated that people who are overweight have a lower risk for death than those of normal weight. Those studies usually measured BMI at one point in time and then collected information on whether participants were alive several years later.

Senior study author Andrew Stokes, assistant professor of global health, said that looking at weight history over a longer time shows a different association with risk for death than if using a single weight measurement at one point in time.

“Having a history of being overweight or obese is linked to an increased risk for death from any cause,” he said.

He said that looking at weight across time reverses the “paradoxical association” between excess weight and mortality—from one that might appear protective, to one that is harmful.

“Prior studies showing an association between overweight people and lower mortality carried the risk of reverse causation bias—in other words, the conditions leading to death are what might have caused the lower BMI, rather than the lower BMI causing death,” Stokes said. “By using maximum BMI in the context of an extended weight history, we were able to address the problem of reverse causation.”

The study’s first author, Edward Yu, a graduate student at Harvard T.H. Chan, said the increased risk of death for overweight and obese people is “important from a public health perspective, given that about one-third of adults in the US and more than a quarter of the world’s population is overweight.

“This is more reason why people should follow a healthy lifestyle and try to keep a normal weight,” Yu said.

The study made no exclusions based on a history of smoking or illness, and the pattern of excess risk with a maximum BMI above normal weight held for all ages, regardless of sex. Prior studies contesting the obesity paradox have been criticized by some researchers for restricting their samples to small percentages of the total in an effort to reduce biases related to lower weight that results from chronic diseases or smoking.

The study participants completed questionnaires every two years to provide information on body weight, health habits (for example, diet, smoking, and exercise), health problems, and medications they were taking. Information on the participants’ height was collected in the first questionnaire only. The researchers used all of the information on weight and the single height measurement to find the highest BMI over a 16-year period for each participant.

More than 32,500 participants died during the average 12 years of follow-up. The authors used medical records and death certificates to identify cause of death.

The researchers noted that most participants were white and highly educated, so the results may not apply to more diverse populations.

The study was funded by the National Institutes of Health.