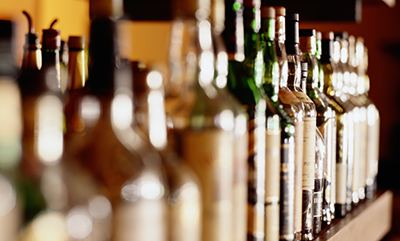 Stronger alcohol policies, including taxes and sales restrictions, have been shown to reduce the likelihood of alcohol involvement among homicide victims, according to a new study led by a School of Public researcher.

The study, published online in the Journal of Studies on Alcohol and Drugs, supports the importance of alcohol control policies to reduce violence, including homicide.

Alcohol is an established risk factor for homicide perpetration and victimization. In the US, between 40 percent and 50 percent of homicides involve the use of alcohol by either the victim or perpetrator, and more than half involve people who are significantly impaired by alcohol, which means their blood alcohol levels are at or above 0.08 percent, the legal limit for driving. However, little is known about how alcohol policies, which include alcohol taxes and the number of places licensed to sell alcohol, relate to alcohol-related homicides.

The new study looked at the relationship between alcohol policies in place and the likelihood of alcohol involvement (either up to the legal limit of 0.08 or above that limit) among the 27,000 victims of homicide from 17 US states between 2003 and 2012. The data analyzed was from the Centers for Disease Control and Prevention’s National Violent Death Reporting System. State alcohol policies for each year were characterized using the “Alcohol Policy Scale,” a measure of the policy “environment” based on 29 separate alcohol control policies.

Stronger, more restrictive state alcohol policies were protective when alcohol was involved in a homicide. Specifically, a 1 percent increase in the restrictiveness of policies corresponded to a 1 percent reduction in likelihood of alcohol involvement among homicide victims.

“Given the risks involved with alcohol use, strengthening effective alcohol policies could help prevent homicides,” said lead author Timothy Naimi, associate professor of community health sciences and of medicine at the School of Medicine.

“Both alcohol and guns are significant social determinants of homicide, either considered independently or in combination, and it is important to recognize the potential of policy to help curb these critical problems,” said Naimi, who is also a physician in general internal medicine at Boston Medical Center and researcher at BMC’s Grayken Center for Addiction Medicine.