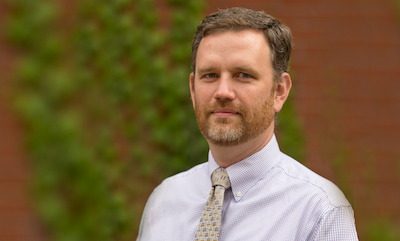 David K. Jones, assistant professor of health law, policy & management, has been selected for the 2017 John D. Thompson Prize for Young Investigators from the Association of University Programs in Health Administration (AUPHA).

The award will be presented on June 16 during the AUPHA annual meeting in Long Beach, California.

Jones’ research examines the politics of health reform. His forthcoming book with Oxford University press, Exchange Politics: Opposing Obamacare in Battleground States, looks at how states made decisions about the implementation of health insurance exchanges as part of the Affordable Care Act. He has also written about Medicaid, CHIP, and health reform in Europe. His next book project retraces Robert Kennedy’s steps in the Mississippi Delta to examine the social determinants of health. In addition to his research and teaching, Jones is editor-in-chief of Public Health Post, a site based at SPH that facilitates dialogue around the drivers of population health.

“I am thrilled by this award,” Jones says. “Many of the previous recipients are scholars whose work I have looked to with great admiration. I am honored to be included among them.”

In order to be eligible for the prize, the nominee must be a faculty member at a full member program of AUPHA, have been awarded a PhD no more than six years prior to consideration, and have not yet achieved tenure. The prize is intended to serve as a benchmark for pre-tenure work.

The prize was established to honor John D. Thompson, a professor of health administration at the Yale School of Public Health, and is awarded to faculty from AUPHA members programs whose work contributes to knowledge in health services.

The Association of University Programs in Health Administration (AUPHA) is a global network of colleges, universities, faculty, individuals, and organizations dedicated to the improvement of healthcare delivery. With members representing more than 400 colleges and universities, it is the only nonprofit entity of its kind working to improve the delivery of health services throughout the world by educating professional managers at the entry level.