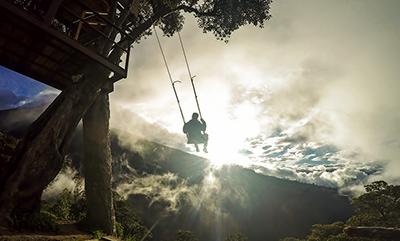 Low levels of vitamin D are strongly associated with stunting among Ecuadorian children, according to a new study co-authored by School of Public Health researchers.

The study, published in Public Health Nutrition Journal, suggests “strategies to improve vitamin D status in children through dietary diversification or food fortification could benefit the Ministry of Health’s efforts to reduce stunting in Ecuador,” the authors wrote.

Vitamin D deficiency—defined as serum 25(OH)D <50 nmol/L—has been increasingly reported in many regions of the world, and is of concern in growing children. Research on the prevalence of vitamin D deficiency in Latin America has been limited, especially among young children living in high-altitude Andean countries like Ecuador.

The researchers performed a secondary analysis on data from children who had participated in a randomized controlled trial in Ecuador. After collecting height/length and weight measures as well as venous blood samples from participants, the researchers performed two analyses, one to examine weight-for-age as a predictor of vitamin D status and a second to examine vitamin D status as a predictor of stunting.

They found higher than expected levels of vitamin D deficiency and insufficiency among the children. Underweight children were twice as likely to have serum 25(OH)D levels than children who were normal weight. Moreover, 79.2 percent of children who had serum 25(OH)D concentrations lower than 42.5 nmol/L (a level defined in the study as a cutoff point for deficiency) were stunted compared with 58.3 percent of children with 25(OH)D levels higher or equal to 42.5 nmol/L. Boys were 1.6 times more likely to be stunted than girls.

“Historically, severe clinical vitamin D deficiency in children has been associated with rickets, which is a disease characterized by gross bone deformities, poor skeletal growth, and stunting,” said lead author Rana Mokhtar, a PhD holder from the nutrition and metabolism program at the School of Medicine. “The effect of vitamin D in improving growth parameters in children beyond the scope of rickets has largely been overlooked, even though there is a clear mechanism of action for vitamin D’s effect on skeletal growth. What we found is that subclinical vitamin D deficiency [at levels of 25(OH)D < 42.5 nmol/L] is associated with stunting in children without rickets.”

While emphasizing the need for more research, the authors said the study results have important public health implications for vitamin D as a potential modifiable risk factor for stunting, especially in low socioeconomic status populations.

Low Levels of Vitamin D Can Stunt Growth in Children