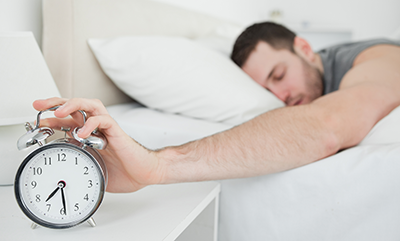 Men who sleep too little or too much were the least likely to conceive with their partners, according to a new study by School of Public Health researchers.

The study, presented at the American Society for Reproductive Medicine’s Scientific Congress in October and scheduled for publication in the coming months, found that men who slept, on average, fewer than six hours per night, or nine hours or more, had the most trouble getting their partners pregnant. The average per-cycle probability of pregnancy for men with short or long sleep duration was 42 to 43 percent lower than those who slept eight hours per night.

Also, compared to men who had no problems sleeping, those who reported such problems “slightly more than half of the time, most of the time, or all of the time,” as measured by the Major Depression Inventory, were 28 percent less likely to conceive with their partners in any given cycle.

The study included 790 couples who had been trying to conceive for six or fewer cycles. The research is part of the ongoing Boston University Pregnancy Online Study (PRESTO), a web-based prospective cohort study of pregnancy planners residing in the US and Canada.

An estimated 50 million to 70 million US adults have chronic sleep disorders, and the percentage who report less than seven hours of sleep on average has nearly doubled from 1985 to 2012, to approximately one-third of all adults.

Lauren Wise, professor of epidemiology and the study’s lead researcher, said that while sleep problems have been associated with decreased testosterone levels and poor semen quality, this is the first prospective study to examine how the duration and quality of sleep affect male fecundability.

Male study participants were ages 21 years or older, while their female partners were ages 21 to 45. At baseline, the men reported their average nightly sleep duration and the frequency with which they had trouble sleeping in the previous two weeks.

Male data were linked with those of their female partners, and follow-up questionnaires were completed by the female partner every eight weeks for up to 12 months or until reported pregnancy, whichever occurred first. The researchers controlled for male and female age, BMI, intercourse frequency, smoking, alcohol use, caffeine intake, multivitamin use, unemployment status, and other factors.

Co-authors were Elizabeth Hatch and Kenneth Rothman, professors of epidemiology, and Craig McKinnon and Amelia Wesselink, data analysts on the PRESTO study. The research was supported by funding from the Eunice Kennedy Shriver National Institute of Child Health and Human Development.

Too Much, Too Little Sleep Hurts Men’s Ability to Get Partners Pregnant