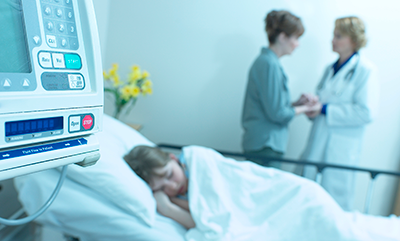 National guidelines recommend that surgeons and other health care providers fully disclose adverse events, which may include medical errors, to patients and their family members.

But a new study in JAMA Surgery, led by a School of Public Health researcher, reports that while surgeons at three Veterans Affairs (VA) hospitals routinely disclosed such adverse events within 24 hours and expressed regret for what happened, only about half discussed the events in detail or apologized to patients. Just 55 percent of the surgeons reported discussing whether the event was preventable, while only one-third discussed steps for preventing further harm.

“Many of the surgeons in our study indicated that they had difficulty with some recommended elements of disclosure, including discussing the preventability of the event and efforts to prevent recurrences,” said A. Rani Elwy, lead author and an associate professor of health law, policy & management, who also is a researcher with the Center for Healthcare Organization and Implementation Research at Veterans Affairs Boston Healthcare System and the Bedford VA.

“It’s important to know that not all surgeons are disclosing this information, even though patients have indicated they would prefer to know.”

“Recognizing this association between disclosure and surgeons’ well-being is important,” she said. “It suggests that open disclosure policies have many benefits, for surgeons as well as patients.”

The study was based on 62 surveys completed by surgeons at VA facilities. The doctors, in various specialties, were asked to identify a recent case involving an unplanned return to the operating room, or an unplanned procedural intervention, within 30 days after surgery.

Most of the surgeons (97 percent) reported disclosing the adverse event to the patient and family members within 24 hours, and most (87 percent) expressed regret for what happened.

But the numbers dropped when it came to surgeons who apologized to patients or discussed whether the event was preventable. Elwy and colleagues speculated that the topic of prevention may be difficult for these doctors to discuss, or that the physicians may worry that such discussions “suggest blame” for the event.

In gauging surgeons’ experiences with disclosure, the study found that those who reported “difficult conversations” with patients and families were more negatively affected. That finding suggests that “greater training to support surgeons may be needed,” including how to discuss challenging issues such as preventability, the authors said.

Noting that the study was based in the VA, Elwy and colleagues called for more research examining disclosures in other health care systems. Such research could help to shape future quality improvement efforts that encourage open disclosure, while also “ensuring a healthy surgeon workforce,” they said.

Co-authors on the study include: Barbara Bokhour, an associate professor of health law, policy & management and a researcher with the Center for Healthcare Organization and Implementation Research at the Bedford VA; Kamal Itani, Amy Rosen, Erica Brotschi, and Vivian Sanchez, all affiliated with the Department of Surgery at the School of Medicine; and researchers from Harvard University, the University of Washington, the Yale University School of Medicine, and VA healthcare systems in West Haven, Connecticut, and Puget Sound, Washington.

The study was funded by a grant from the Department of Veterans Affairs, Health Services Research, and Development Service.