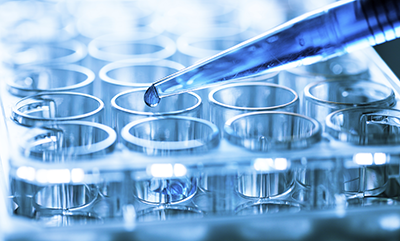 A report by an international research team that includes a School of Public Health biostatistician has found that familial hypercholesterolemia (FH)—a genetic condition that causes greatly elevated levels of LDL cholesterol throughout life—accounts for less than 2 percent of severely elevated LDL in the general population.

But the team also found that the risk of coronary artery disease is significantly higher in individuals with FH than in people with similarly elevated LDL levels who do not have these mutations. The findings suggest that, beyond simply measuring LDL, gene sequencing may identify individuals at very high risk who need additional preventive therapies, the authors said in the report, which is being advanced by the Journal of the American College of Cardiology to coincide with a presentation at the American College of Cardiology’s 65th Annual Scientific Session.

Gina Peloso, assistant professor of biostatistics at SPH, is a co-lead author of the report. Other lead authors include Amit V. Khera of the Massachusetts General Hospital Center for Human Genetic Research and the MGH Cardiology Division, and Hong-Hee Wong of the Samsung Medical Center in Seoul, Korea.

It is well known that severe hypercholesterolemia—defined as LDL levels of 190 mg/dl or higher—is a major risk factor for coronary artery disease, and it has often been assumed that many of those with such high LDL levels have FH. But previous studies of the prevalence of the condition, which is caused by mutations in one of three different genes, have primarily included participants already suspected of having FH, based on family history, the presence of high LDL at a young age, or other factors. Only in recent years has the cost of gene sequencing dropped to a level at which testing people selected on the basis of elevated LDL cholesterol becomes feasible.

While the presence of severe hypercholesterolemia without an FH mutation conferred a six-fold greater risk of coronary artery disease than did LDL levels below 130 mg/dl, adding an FH mutation to elevated cholesterol resulted in a 22-fold increased risk, the study found.

The authors said follow-up studies are being conducted at the MGH and other institutions to investigate the potential impact of patients’ learning they carry an FH-associated mutation.