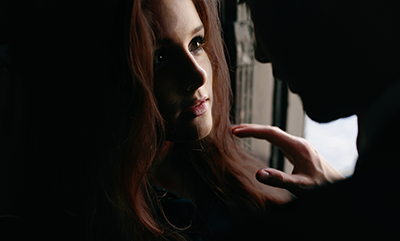 Black and Hispanic teenagers from an urban area who were victims of dating abuse reported viewing pornography twice as often as non-victimized peers, suggesting a possible link between dating abuse and pornography exposure, according to a new study led by a School of Public Health researcher.

The study in the journal Behavioral Sciences gauged pornography use and adolescent dating abuse in a sample of 72 youths, ages 16 and 17, most of whom were Black or Hispanic and economically disadvantaged. On average, the youths reported watching pornography twice per week, with half reporting at least weekly exposure. Dating abuse victimization was not a criterion for joining the study, yet nearly 70 percent reported experiencing at least one instance of physical or sexual dating-abuse victimization in the past year.

The study found that more than half of all participants (51 percent) had been asked to watch pornography together by a dating or sexual partner. Overall, 44 percent of the youths reported that they had been asked to do something sexual that a partner saw in pornography, with a higher likelihood of that occurring among dating abuse victims. Fifty-eight percent of those who were asked to participate in a sexual act that their partner saw in pornography reported that they were not happy to have been asked.

In addition, about 30 percent of the participants reported that pornography was their primary source of information about sex—a finding that the authors said underscores the need for expanding sex education and “pornography literacy interventions” among youth.

Emily Rothman, associate professor of community health sciences and lead author of the study, said the relationship between adolescent dating abuse and pornography exposure warrants further study, given the wide availability of pornographic material on the Internet.

She said that the findings suggest that the majority of youths who are asked to watch pornography with a partner are subsequently asked to re-enact something depicted. Given that finding, clinicians, educators and parents “need guidance about how to talk factually with youth about present-day pornography, its potential impacts, and what they can do if they are being pressured to watch or perform pornographic acts,” she said. Adolescents should be taught to be prepared for such requests and to “decide where their boundaries are, in advance,” she added.

Among other findings, 43 percent of the youths in the sample reported ever watching pornography during or after using marijuana, while only 17 percent had watched pornography after alcohol use. Also, 10 percent reported viewing pornography while inside their high schools—a finding that the authors called “worrisome.”

Rothman co-authored the study with Avanti Adhia, a research assistant in the community health sciences department and a student of the Harvard T.H. Chan School of Public Health.

Link Between Pornography Use and Dating Abuse Among Urban Teens