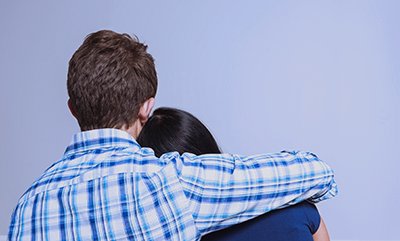 Women with severe depressive symptoms have a decreased chance of becoming pregnant, while the use of psychotropic medications does not appear to harm fertility, a study by researchers from the School of Public Health and School of Medicine shows.

The study, published in the American Journal of Obstetrics and Gynecology, found a 38 percent decrease in the average probability of conception in a given menstrual cycle among women who reported severe depressive symptoms, compared to those with no or low symptoms. The results were similar regardless of whether the women were on psychotropic medications.

Despite associations in prior studies between infertility and the use of antidepressants, antipsychotics, or mood stabilizers among already infertile women, “current use of psychotropic medications did not appear to harm the probability of conception,” said lead author Yael Nillni, an assistant professor of psychiatry at the School of Medicine and a researcher with the National Center for PTSD, Women’s Health Sciences Division of the VA Boston Healthcare System. “Our findings suggest that moderate to severe depressive symptoms, regardless of current psychotropic medication treatment, may delay conception.”

Although the study does not answer why women with more depressive symptoms may take longer to become pregnant, the authors noted several potential mechanisms for future study. Depression has been associated with dysregulation of the hypothalamic-pituitary-adrenal axis, which may influence the menstrual cycle and affect the ability to conceive, for example.

Data for the study came from more than 2,100 female pregnancy planners, ages 21–45 years, enrolled in an SPH-led study known as PRESTO (Pregnancy Study Online) that is looking at factors influencing fertility The participants were asked to report their current depressive symptoms and psychotropic medication use, among many other factors. Overall, 22 percent reported a clinical diagnosis of depression in their medical histories, while 17.2 percent were former users of psychotropic medication and 10.3 percent were current users of psychotropic drugs.

Among the study’s secondary findings was that current use of benzodiazepines—sedatives used to treat anxiety and other disorders—was associated with a decrease in fecundability. Also, women who were formerly treated with a class of antidepressants known as SSRIs (selective serotonin reuptake inhibitors) had improved chances of conception, regardless of depressive symptom severity. The authors speculated that former SSRI users could experience some long-term psychological or neurobiological benefits from past treatment that influence fertility. However, the numbers of individual classes of medications were small, and further study is needed, they said.

An estimated 10 percent to 15 percent of couples in the US experience infertility. Women have a higher prevalence of depressive and anxiety disorders during their childbearing years than during other times of life, past research suggests.