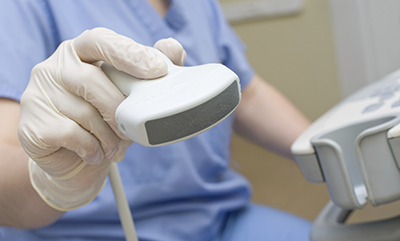 Black women with a history of uterine fibroids had a 40 percent higher risk of endometrial cancer, according to a study led by School of Public Health researchers with the Slone Epidemiology Center at Boston University.

The study, in the journal Cancer Causes and Control, found that the association between a history of uterine leiomyoma, or fibroids, and cancer was strongest for cancer diagnosed within two years of uterine fibroids being found—a finding that the researchers said might be explained by greater surveillance of women with fibroids or misdiagnosis of cancer as uterine leiomyoma. An association also was observed for cancer reported ten or more years after fibroids were detected.

Past studies have found that incidence rates for endometrial cancers have risen across all racial and ethnic groups in the US, with the highest annual increase observed among non-Hispanic black women. Compared with white women, black women have two to three times the incidence of uterine fibroids, an earlier age at first diagnosis, and greater disease severity.

Lead researcher Lauren Wise, professor of epidemiology, and co-authors said that because endometrial bleeding is a symptom of both fibroids and uterine cancer, it is possible that some cancers are initially misdiagnosed as fibroids. That could help explain the study’s finding of a stronger association between fibroids and uterine cancer that is diagnosed at later stages (stage 2 or greater), they said.

The research team said it remains unclear whether there is a causal association between uterine fibroids and the incidence of endometrial cancer. Studies of genetic alterations in uterine fibroids have identified several distinct pathways of tumor development.

Co-authors on the study from BU included: Todd Sponholtz, Lynn Rosenberg, and Julie Palmer, all with Slone; Michael LaValley of the Department of Biostatistics; and Wendy Kuohung of the School of Medicine.