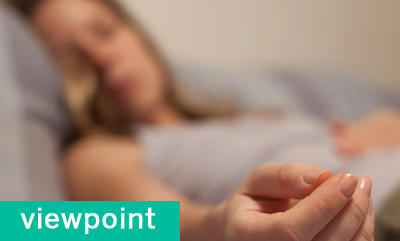 Pornography is a powder keg issue. Raising questions about the possibility that some forms of sexually explicit material (SEM) may be harmful to society elicits accusations of pearl-clutching, hand-wringing, fear-mongering, sex negativity, and limiting freedom of speech. Name-calling and First Amendment controversies aside, however, public health experts have a right—if not an obligation—to ask whether pornography has an impact on partnership abuse.

SEM can have positive effects for some users. The results of multiple studies suggest that pornography can help some individuals realize or negotiate their sexual identity, improve couples’ sexual satisfaction, provide helpful information about the mechanics of sex, promote safer sex practices, and improve sexual response for individuals suffering from dysfunction disorders.

But there have been numerous questions raised about possible negative impacts of pornography viewing, including hypotheses that pornography contributes to hypersexuality disorder, sexual risk-taking behavior, reduced intentions to use a condom, relationship dissatisfaction, decreased self-esteem, body dissatisfaction, and the sexual exploitation of children and adults (i.e. sex trafficking). In sum, some forms of SEM have positive uses, for some people, in some contexts, but they may also have negative impacts—just as alcohol, cars, and dessert do.

One area where the research is becoming increasingly clear is the contribution of SEM to partnership abuse, defined here as dating or non-stranger sexual aggression. One longitudinal study of SEM exposure and subsequent sexual aggression among youth found that intentional exposure to violent SEM over time predicted an almost six-fold increase in the odds of self-reported sexually aggressive behavior. In another study, SEM use was associated with the self-reported perpetration of sexual aggression by college males.

Some victims of partnership abuse may tell themselves that they are not being mistreated because SEM normalizes violence. In a recent study of women who had read one or more of the Fifty Shades of Grey trilogy, SEM exposure was associated with having an abusive dating partner in a sample of college women. The study’s author argues that being in an abusive partnership and reading sexually explicit fiction that glamorizes an abusive relationship may have a reciprocal influence—reading the books after an abusive relationship may normalize those experiences, and reading the books may also increase susceptibility to being in an abusive partnership.

SEM may also make sexual coercion seem sexy and teach women that they should enjoy forceful sex. In a large, Netherlands-based study of 4,600 youth, SEM exposure was strongly associated with attitudes supportive of sexual coercion and decreased self-efficacy to refuse sex. In addition, a recent meta-analysis of nine non-experimental studies and 2,309 participants on the relationship between SEM exposure and attitudes related to violence against women found a significant relationship between SEM and scales measuring rape-myth acceptance, likelihood of rape, and proclivity for perpetrating sexual harassment. Multiple qualitative studies have also documented that SEM can normalize sex acts viewed in porn and cause people to want to imitate what they see in real life, which has resulted in some women feeling traumatized or getting injured.

Earlier this month, Playboy magazine’s chief executive told the New York Times, “You’re now one click away from every sex act imaginable for free.” Research analyzing the content of pornography finds that the majority (88 percent) of mainstream Internet pornography features slapping, gagging, and spanking. Perpetrators of aggression are usually male, whereas targets of aggression are overwhelmingly female, and most targets show pleasure or respond neutrally when spanked, gagged, or slapped. Moreover, although 75 percent of contemporary pornography videos show men having orgasms, only 17 percent show women having orgasms, underscoring that women’s sexual pleasure is not prioritized nor, apparently, an important feature of videos designed to arouse. Approximately 43 percent of videos show women being submissive, while only 10 percent show men in that role.

Characterizing and empirically describing the content of pornography is not the same as an indictment, and doesn’t suggest any particular regulation or public policy. However, understanding the content of SEM may help contextualize the present public health crises related to partnership abuse and sexual violence. Partnership behavior, including abuse and sexual coercion, does not happen in a vacuum. Social norms promoted by books, movies, music, and videos—and SEM forms of each of these—have both recursive and non-recursive impacts on how people treat one another. It is important that contemporary pornography is liberating, empowering, and pleasurable for many; it is equally important to note that a generation may be internalizing sexual scripts and developing sexual arousal cues from images of human pain and degradation. Just as some substances have toxic effects for certain subpopulations yet are pleasure-inducing with little or no health impact for others, and we have found these substances worthy of public health attention, so too should we invest in pornography research in order to understand which subpopulations are negatively effected by SEM, with particular attention to the emerging evidence that SEM may impact partnership abuse.

Emily F. Rothman ScD is an associate professor in the Department of Community Health Sciences. She has secondary appointments at the School of Medicine in the Department of Pediatrics and the Department of Emergency Medicine. Her primary area of research expertise is violence prevention, and she is a trained batterer intervention counselor and domestic violence advocate. Follow her on Twitter: @EmRothman.