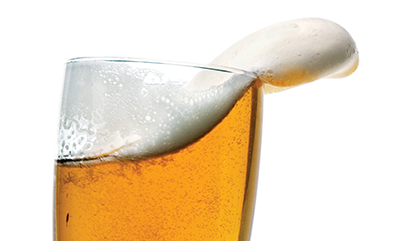 Two beer brands—Bud Light and Budweiser—are uniformly popular among underage drinkers regardless of age, gender, or ethnicity, while certain other brands appear to have a unique appeal to African-American youth drinkers, according to a new study headed by School of Public Health researchers.

The study, published in the Journal of Substance Use, is the first to examine demographic differences in alcohol brand preferences among underage youth. The study was based on a survey of 1,031 youths, ages 13 to 20, who had consumed at least one drink of alcohol in the prior month.

Similarly, Budweiser was popular across all groups, with a prevalence of 14.5 percent among non-Hispanic whites and 17.3 percent among black youths. Smirnoff Malt Beverages also ranked high among all racial and ethnic groups.

The authors, led by Michael Siegel, professor of community health sciences, said the difference in brand preferences by race was the most striking finding. The study is the latest in ongoing research into youth drinking by SPH and the Center on Alcohol Marketing and Youth at Johns Hopkins Bloomberg School of Public Health.

“We need to look at the reasons for the observed racial and ethnic differences in brand popularity,” Siegel said. He said previous research suggests one possible hypothesis: urban music (rap, hip/hop and R&B), to which black youths are more heavily exposed, disproportionately contains more alcohol brand references. For each of the 12 top brands cited only by black youths, there are either lyrics to popular songs that reference those brands, or direct promotion of the brands through rap artists or concert sponsorships, he said.

The study found that the popularity of flavored alcohol beverage brands declined generally with age, but there were some exceptions, including Smirnoff vodka and Bacardi rum. Certain flavored drinks—especially Smirnoff, Mike’s, and Bartles & Jaymes—were about twice as popular among female underage drinkers as among males. Generally, liquor was more popular among men than women.

Siegel said the next step in ongoing research into youth drinking is to examine the associations between demographic brand preferences and targeted brand marketing toward different youth subgroups. If brand preferences are fueled by differential advertising exposure, he said, then “public health interventions and policies can be directed towards reducing underage youths’ exposure to these brand promotions.”

Co-authors on the study include: William DeJong, professor of community health sciences; Timothy Naimi, associate professor at SPH and the School of Medicine; Amanda J. Ayers, formerly a research assistant at SPH; and David H. Jernigan of the Johns Hopkins Bloomberg School of Public Health.