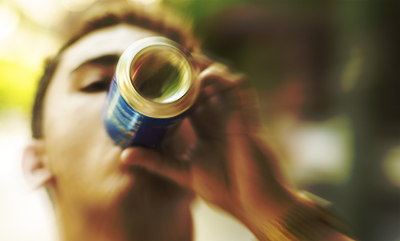 A new study by School of Public Health and Boston Medical Center researchers reveals that US states with stronger alcohol policies have lower rates of youth overall drinking and binge drinking. The study’s results, published in the journal Pediatrics, further suggest that the link is largely a result of policies intended mostly for adults and their effects on reducing adult binge drinking.

The first-of-its-kind study, led by a multidisciplinary research team, reviewed data on 29 youth-specific and adult policies on drinking to establish scores characterizing each state’s alcohol policy “environment.” Higher scores were given to states with more effective and better-implemented policies; the research team then related those policy scores to youth drinking data from states’ Youth Risk Behavior Surveys from 1999 to 2011.

“Our results strongly support other evidence about the power of public policies to reduce excessive drinking and related medical and social problems,” said Timothy Naimi, a pediatrician at BMC and associate professor of public health and medicine, who was the study’s lead investigator.

By subcategorizing policies into youth-specific and adult laws, researchers were able to explore the associations of youth drinking with adult alcohol policies, independent of the association between youth drinking and youth-targeted policies. Examples of adult alcohol policies include higher alcohol taxes, having fewer outlets licensed to sell alcohol, bans on happy hours, restricted hours of alcohol sales, and laws prohibiting service to intoxicated adults.

“Overall, these findings lend support to the Institute of Medicine’s judgment that parents and adults must be a key target of strategies to reduce and prevent underage drinking,” the authors concluded.

Naimi said the study does not “discount” the value of youth-specific laws.

“Raising the minimum legal drinking age to 21, for example, has saved thousands of lives,” Naimi said. However, he added, “adults matter, and when it comes to influencing kids, how adults drink is more important than what they might say about underage drinking.”

Ziming Xuan, assistant professor of community health sciences and the study’s first author, said the aggregation and categorizing of state policies was in itself an innovation in alcohol policy evaluation.

“By investigating how these relationships with youth drinking interplay with the adult drinking environment, we were able to take our analyses much further,” Xuan said. “Adult-oriented alcohol policies likely influence youth via parallel pathways: Some of the effect is directly on youth, and some is indirect through its effects on adults.”

Naimi said, “When it comes to saving young people’s lives, the bottom line is that state legislators can make improvements by adopting and strengthening policies that curb excessive drinking among the entire population. Youth drinking is too often treated as an age-specific problem, and focusing solely on youth-specific interventions, while ignoring adult drinking behavior, is a bit like putting a screen door on a submarine.”