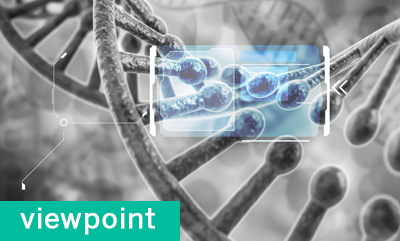 The genome editing technique, known as CRISPR, is not new—but using it to change the genetic letters of a human embryo is. Following rumors that scientists in China had used CRISPR to try to modify the genetics of nonviable human embryos, two US scientific groups called for a moratorium on this use. Why?

The primary reason is that there is both a public and scientific consensus that it is unsafe and unwise to attempt to make a “better baby” by altering the genetics of a human embryo. This is unethical human experimentation on the resulting child, and because this change is in the child’s germline, the experiment will continue for generations—including at least the resulting child’s children, grandchildren, and great-grandchildren (after which we may be able to declare the procedure “safe”). Neither the child nor any of his or her own children can, of course, consent to be part of this risky experiment. Just as importantly, this is also an unethical and unconsented experiment from a societal point of view, because it changes the nature of what it is to be human and what we mean by human evolution. No individual scientist, company, or country has the moral warrant to change the nature of humanity. Such a change should require democratic deliberation of a representative group of humans prior to it being attempted. That no such deliberative process has been engaged in, or even attempted, means that even if the CRISPR process could be proven safe (unlikely), with no dangerous unintended changes in the genome, more than safety is required to make it ethical.

More than 30 years ago, scientists met at Asilomar and agreed on a moratorium on recombinant DNA research on the basis that it was potentially dangerous to the public. That moratorium held until new biological and physical containment strategies were developed to prevent dangerous new organisms from escaping the lab. Twenty years later, with the birth of Dolly the sheep, the world’s first cloned mammal, there was an international debate on whether or not an attempt should be made to make a human who was genetically identical to an already existed human. Some people tried and failed. The consensus, however, backed by a significant number of national laws, distinguished between making medicines and making babies. In short, most countries concluded that it was ethically acceptable to use human embryonic stem cells to make medicine, but the attempt to make a cloned baby, also known as a genetic duplicate child, should not be attempted.

The CRISPR debate brings both Asilomar and Dolly back to life—Asilomar because we have two groups of scientists again calling for a moratorium on a particular kind of dangerous research, and Dolly because we are again asked to draw a line between using a new technology to make medicine and attempt to cure human disease, and using the new technology to try to make a “better” human baby. In Dolly, making a baby who is the genetic duplicate of an existing person was seen as a violation of human dignity, abuse of the resulting child by denying it a unique identity and an open future, and a threat to the human species by opening the door to adding inheritable characteristics to the cloned embryo. In the CRISPR debate, it is generally conceded that the only use for modifying human embryos is to make a better baby (if you have created embryos with severe genetic problems in IVF, the most reasonable strategy is not to use such embryos for reproduction—not to try to edit their genomes in the hope that you will make them better).

The majority of scientists do not want to go down the eugenics road of making a “superior” baby or even a superior race. On the other hand, at least some scientists see the Chinese publication as an indication that using CRISPR to make a better baby is inevitable and unstoppable. To the extent that they are right, it means that a scientific moratorium is not enough—not in the US, and certainly not in China. If we want to avoid turning babies into manufactured products, changing the nature of what it means to be human, and perhaps developing a superior race that could see us as subhuman, we need to outlaw the use of genetic editing technology on human embryos. The agenda to control human evolution and the genetics of our children cannot be left to a subgroup of scientists who cannot control themselves. To confront the challenges of CRISPR, as well as climate change and species endangering experiments, we will need to develop what Vaclav Havel suggested, a “species consciousness” that enables us to transcend concerns simply for ourselves, our families and even our country.

Scientists Should Not Edit Genomes of Human Embryos