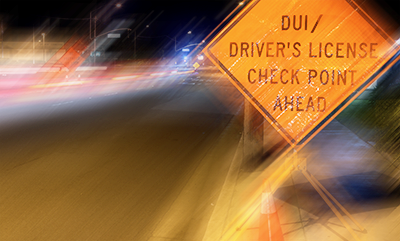 States with more restrictive alcohol policies and regulations have lower rates of self-reported drunk driving, according to a new study led by researchers at the Schools of Public Health and Medicine.

The research team assigned each state an “alcohol policy score,” based on an aggregate of 29 alcohol policies such as alcohol taxation and the use of sobriety checkpoints. Each 1 percentage point increase in the score was found to be associated with a 1 percent decrease in the likelihood of impaired driving, according to the study, published in the International Journal of Alcohol and Drug Research.

“A 10 percent increase in strength among state alcohol policy environments in all states would result in about 404,903 fewer impaired drivers monthly,” the researchers reported.

A surprising finding of the study was that laws intended to prevent binge drinking—such as high alcohol taxes, safe serving laws, and retail sales restrictions—were equally as protective against drunk driving as laws specifically targeting impaired driving, such as sobriety checkpoints. Previous research has shown that states with stronger alcohol policy scores had lower rates of binge drinking.

“Basically, our study supports two parallel mechanisms involved in addressing drunk driving: Drinking policies reduce the likelihood of getting drunk, and driving policies prevent drunk folks from getting behind the wheel,” said Ziming Xuan, lead author of the study and an assistant professor of community health sciences at SPH.

Nationally, the proportion of motor vehicle crashes that have been alcohol related has remained stagnant at around 33 percent throughout the past two decades.

“It is clear that in order for states to comprehensively address drunk driving as a public health issue, more effective policies need to be put into place to address excessive alcohol consumption,” Xuan said. He noted that states making more efforts to address binge drinking have seen decreased rates of self-reported drunk driving.

Timothy Naimi, the study’s senior author and an associate professor of medicine and public health and a physician in general internal medicine at Boston Medical Center, said that while states have done a lot to prevent impaired people from driving, “we haven’t done enough to prevent people from getting drunk in the first place. Drunk driving isn’t just a driving problem—it’s a drinking problem.”

The research team concluded: “Our findings support the importance of comprehensive alcohol policies as an effective means to reduce alcohol-impaired driving, and further indicate that strengthening drinking-oriented policies (e.g. increasing alcohol taxes) is a critical component of an overall policy approach.”

The study was supported by a grant from the National Institutes of Health. Co-authors include Jason G. Blanchette, Toben F. Nelson, Timothy C. Heeren, and Thien H. Nguyen.