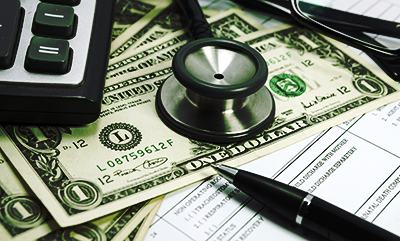 The rapid growth in ambulatory surgery centers (ASCs) does not appear to have caused hospital outpatient departments to lower their prices, a new study by a School of Public Health researcher suggests.

Medicare currently pays ASCs a legislated percentage of what it pays outpatient departments for the same services, but there is “a considerable discrepancy between this ratio and the ratio of payments by private insurers across provider types and procedures,” according to the study.

“This finding questions the wisdom of using a single ratio for ASC payments to hospital outpatient department payments.”

Ambulatory surgery centers are freestanding facilities that provide services to patients who do not require an overnight stay. The number of ASCs has grown rapidly over the past 15 years, as have the number of surgical procedures performed at them. Between 2002 and 2012, the number of ASCs grew by 49 percent to 5,357 Medicare-certified providers, exceeding the total of approximately 4,700 acute care hospitals paid by Medicare in 2012.

Because ASCs perform surgeries that do not involve overnight stays, they can provide many of the same services as hospital outpatient departments at a lower cost. However, the difference in the overall cost of providing a particular surgical service in an ASC and in a hospital outpatient department is not known. More data on costs is needed to examine the ASC market, including whether high prices extracted from private insurers are driving profitability and ASC expansion, Carey says.

“Further study of economic forces in the context of changing organizational forms of health care delivery, combined with increased provider competition, will go far in answering important questions about the nature of price competition under health care reform,” the study concludes.