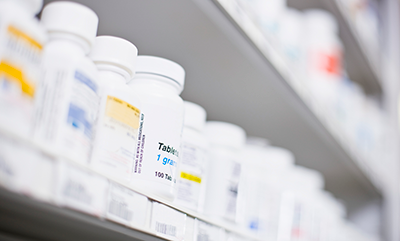 HIV-positive patients who drop out of antiretroviral therapy (ART) in a South African clinic have double the death rate of those in treatment, yet one-year mortality among patients in care remains high, and most patient deaths occur while they are still in care, according to a study co-authored by a School of Public Health researcher.

In the study, published in the Journal of Acquired Immune Deficiency Syndromes, SPH researcher Matthew Fox and colleagues from the Health Economics and Epidemiology Research Office in South Africa, a Boston University partner institution, found that mortality was higher in patients who were lost to treatment—meaning they were at least three months late for a scheduled visit—than for those in care. The study found that 36 percent of deaths of patients off ART occurred within six months of leaving care—consistent with prior studies.

The authors said that in resource-poor settings, “one-year mortality in patients who start ART averages about 10 percent, with decreasing rates thereafter. While this has been remarkably consistent across settings, there has been little ability to reduce this early mortality.”

Overall, dropping out of treatment accounted for a minority of the total number of deaths at the clinic from 2004 through 2012. About 47 percent of deaths occurred before a patient’s last scheduled visit, and another 18 percent occurred within one month of that date, indicating that patients were still on treatment.

The high mortality early in treatment “suggests that death is more likely to lead to loss from care than the reverse, yet what happens in the short window around loss remains unknown. It is possible that critically ill patients, sensing that death is near, simply leave care to return home or are unable to make it to the clinic,” the researchers wrote.

They stressed the need for further research into the relationship between mortality and retention in ART care.

More than 2.2 million HIV-positive patients are receiving treatment in South Africa, the research team said. The study was based at the Themba Lethu Clinic in Johannesburg, a large public-sector clinic that has enrolled nearly 38,000 HIV-positive patients in care since April 2004, most who have initiated ART.

The study was funded through the South Africa Mission of USAID.

Mortality Rates Twice as High for Those Who Leave HIV Care