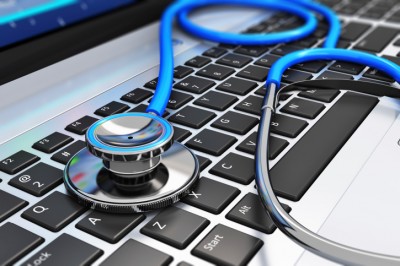 The increasing national focus on personalized or “precision” medicine is misguided, distracting from broader investments to reduce health inequities and address the social factors that affect population health, Dean Sandro Galea writes in the New England Journal of Medicine.

“There is now broad consensus that health differences between groups and within groups are not driven by clinical care, but by social-structural factors that shape our lives,” write Dean Galea and Ronald Bayer, professor of sociomedical sciences and co-director of the Center for the History and Ethics of Public Health at Columbia University’s Mailman School of Public Health. “Yet seemingly willfully blind to this evidence, the United States continues to spend its health dollars overwhelmingly on clinical care.

“It is therefore not surprising that even as we far outpace all other countries in spending on health, we have poorer health indicators than many countries, some of them far less wealthy than ours,” the authors contend.

Bayer and Galea say that while investments in precision medicine may ultimately “open new vistas of science” and make contributions to “a narrow set of conditions that are primarily genetically determined,” enthusiasm about the promise of this research is premature. Leaders of the National Institutes of Health (NIH) have praised President Barack Obama’s recent initiative to devote $215 million to personalized medicine, an emerging practice of medicine that uses an individual’s genetic profile to guide decisions in regard to the diagnosis and treatment of disease.

“Without minimizing the possible gains to clinical care from greater realization of precision medicine’s promise, we worry that an unstinting focus on precision medicine by trusted spokespeople for health is a mistake—and a distraction from the goal of producing a healthier population,” they write.

Arguing that clinical intervention will not remedy pressing health problems that arise from environmental conditions and inequities in income and resources, they cite a 2013 report by the National Research Council and the Institute of Medicine that found Americans fared worse in terms of heart disease, birth outcomes, life expectancy, and other indicators than their counterparts in other high-income countries. The report concluded that “decades of research have documented that health is determined by far more than health care.”
They call for greater public investments in “broad, cross-sectional efforts” to minimize the socioeconomic and racial disparities in the US that contribute to poor health.

Bayer and Galea say the NIH’s most recent Estimates of Funding for Various Research, Condition and Disease Categories report shows that total support for research areas including the words “gene,” “genome,” or “genetic” was about 50 percent higher than funding for areas including the word “prevention.” And investment in public health infrastructure, including local health departments, lags substantially behind that of other high-income countries.

In explaining why they felt compelled to speak out, Galea and Bayer said they are wary that that specialized medicine will push larger public health initiatives aside.

“We need a careful recalibration of our public health priorities to ensure that personalized medicine is not seen as the panacea for population health,” Galea said. “We would love to see the same enthusiasm directed to research initiatives that would affect the health of millions of people, such as treatments of chronic diseases, and policy changes to address poverty, substance use, and access to education.”

Bayer said, “We face increasing challenges to improve health at the population level which entail addressing certain persistent social realities and have little to do with the frontiers of science. We must not let the current focus on individualized medicine sidetrack us in advancing a broad agenda that reduces health inequities both domestically and across the globe.”

Enthusiasm for Personalized Medicine Is Premature

There is 1 comment on Enthusiasm for Personalized Medicine Is Premature