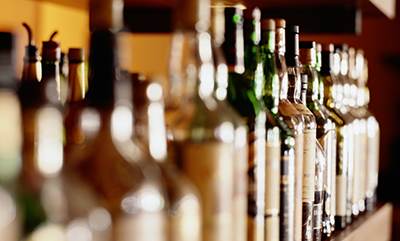 Alcohol is the only carcinogen that is promoted for its possible health benefits—an unusual distinction that has scientists willing to recommend its use and to allow the alcohol industry to support their research, a School of Public Health professor says in the journal Addiction.

In a commentary on a British study, Richard Saitz, chair of community health sciences and professor of medicine at the School of Medicine, writes that while the health risks of alcohol, including at low amounts, have been confirmed in numerous studies, “alcohol is no ordinary risk factor. Many, even health professionals, discuss its inclusion as a nutritional component and its use to improve health.”

Heavy drinking can cause a range of health consequences, including cirrhosis and injuries, Saitz says. And low amounts of alcohol have been associated with health problems such as hemorrhagic stroke, birth defects, hypertension, breast cancer, and pancreatitis, “with no known, firm cut-offs associated with safety versus harm.” Alcohol is classified as a carcinogen by the International Agency for Research on Cancer, in the same category as plutonium and tobacco.

Still, Saitz writes, health scientists, “probably reflective of society, appear to address alcohol differently from how they address other health risks. Even with known risks and without the usual requirement for a randomized trial, scientists are willing to recommend its use even as part of nutritional recommendations, and they are willing to allow the alcohol industry to support (and therefore influence) alcohol health research (when this would clearly be unacceptable in the 21st century from the tobacco industry).”

Saitz speculates that alcohol holds a “special position as a disease risk factor” because of the belief that it may have some health benefits—a viewpoint that he says is embraced by the alcohol industry, as well as drinkers. He notes that the two agencies that fund the largest amount of health research on drug use—the US National Institute on Drug Abuse and the National Institute on Alcohol Abuse and Alcoholism—separate alcohol from other drugs; that new US proposed dietary guidelines state that a “healthy dietary pattern is… moderate in alcohol”; and that the alcohol industry supports, in part, the largest international alcoholism research meeting.

Saitz concludes that the involvement of the industry in research is unhealthy.

“It is in this context, by recognizing that alcohol is no ordinary health risk, that it is clear that the alcohol industry should have no role in leading efforts to reduce alcohol harms,” he writes.

The study on which he comments found that a public-private partnership in England between industry, government, and other organizations was unlikely to have contributed significantly to reducing alcohol consumption.