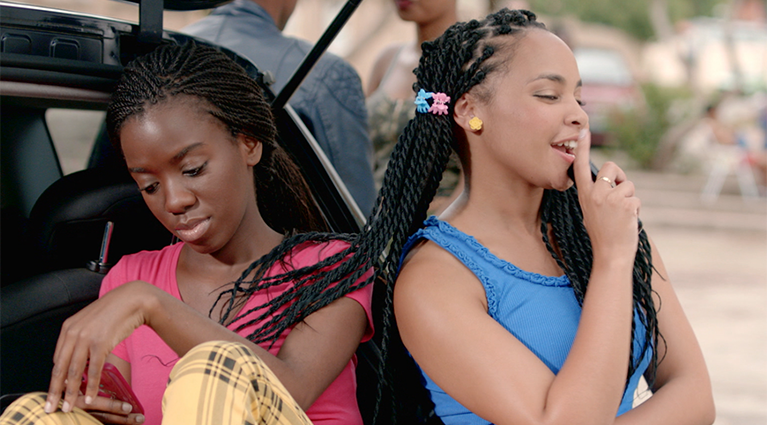 Georgia Arnold is Senior Vice President of Social Responsibility at Viacom International Media Networks and is responsible for developing social initiatives for the company’s portfolio of over two hundred TV channels and websites. Arnold has initiated unprecedented partnerships and campaigns for MTV on HIV and AIDS awareness and for Nickelodeon on children’s rights.

Building on the success of the Staying Alive campaign, Arnold was instrumental in establishing the MTV Staying Alive Foundation in 2005, and was appointed Executive Director in October 2007. The MTV SAF is a global charitable body that provides grants to grassroots, youth-led organisations to set up HIV and AIDS awareness campaigns in their communities, and has supported 208 organisations in 70 countries since 2005, totaling over $6 million.

A particular highlight of Ms. Arnold’s career is her involvement with the multi award-winning MTV Shuga – a 360 degree mass-media HIV prevention campaign. With the fifth season due to premiere in March 2017, the award winning drama reaches over 720 million people worldwide and discovered the Oscar-winner actress, Lupita Nyong’o. MTV Shuga boldly addresses sexual health topics head-on; bravely confronting taboo topics such as gender based violence, and transactional sex, told through the lives of characters and emotional situations drawn from real life. MTV Shuga’s compelling storylines have been broadcast on TV and radio stations around the world.

Arnold was CEO of the MTV EXIT (End Exploitation and Trafficking) Foundation, 2012-2015. MTV EXIT Foundation was a registered UK charity launched by MTV Networks Europe in 2003 to use the power and influence of MTV’s brand and broadcasting network to educate young people about the social issues affecting their lives. In addition to her influential work at Viacom International Media Networks, Ms. Arnold has previously sat on the board of The Burma Campaign UK, a global initiative campaigning for human rights and democracy in Burma; and was on the Advisory Board for ‘Rays of Sunshine’, a charity which grants the wishes of terminally and seriously ill children between the ages of 3-18 who live in the United Kingdom.

South African star Given Stuurman has featured in a variety of different roles. Playing ‘Reggie’ in the brand new season of MTV Shuga: Down South, Given is adding to an already impressive career that includes acting roles in films such as: Straight outta Benoni, Invictus and TV productions, including: Jozi Street, Walala and Tshisha.

Pioneered in Nairobi, Kenya in 2009, MTV Shuga is a long-running drama series and multimedia campaign that follows the lives of young people on the African continent. Aired on MTV channels around the world, the content is also offered rights-free to 3rd party broadcasters and content platforms, and used as a teaching aid by educators, healthcare workers and grassroots HIV/AIDS organisations around the world. Over the previous four series, the drama has crossed the continent from Kenya to Nigeria and touched on numerous plotlines relating to HIV and safe sex including HIV testing, stigma, living with HIV, mother to child transmission, transactional sex, gender-based violence, and condom use.  MTV Shuga is multi-award winning, most recently winning the ISNTD Festival’s award for Mass Media and Impact to Disease Burden (2017), Third Sector Award for Big Impact and the World Media Festival, Gold Award for Edutainment & Intermedia-Globe Grand Award (2016).  It is broadcast globally on 179 broadcasters in 61 countries and discovered the Oscar-winner actress, Lupita Nyong’o.

An irresponsible teen mom… a predatory teacher…an ambitious hostess… a conflicted adolescent struggling to understand his identity… a neglected trophy wife… a pregnant schoolgirl… a possessive boyfriend…an ruthless entrepreneur…these are some of the faces of MTV Shuga: Down South, the 12- part new drama series from MTV Staying Alive Foundation and MTV Base. Set in the homes, cafés, schools, parks and hangouts of fictional township, Zenzele, and real-life Bloemfontein, MTV Shuga: Down South is the fifth instalment in the award-winning drama series, MTV Shuga.  With powerful contemporary storylines, relatable characters and a cast of talented actors, MTV Shuga: Down South uses drama to disseminate important public health messages.  The latest series includes a new focus on issues affecting adolescent girls in South Africa, with a particular emphasis on their vulnerability to unintended pregnancy and HIV infection. Never one to shy away from difficult subjects, MTV Shuga: Down South is crowded with interweaving stories of heartbreak, love, betrayal, and difficult decisions among contemporary South African youth.  Other key plot points include transactional sex, living with HIV and infidelity.

Planning on Attending? Let us know.