Our main focus is investigating the relation of prenatal exposure to chemical and non-chemical stressors with adolescents’ risk-taking and related behaviors and characterizing current exposure among reproductive aged women in communities surrounding the New Bedford Harbor. 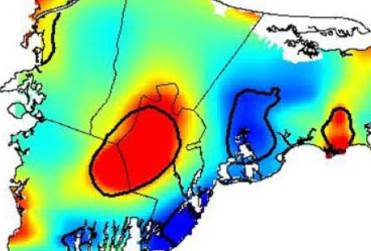 Manifestations of risk-taking behavior in adolescents, such as teen pregnancy and underage drinking, represent major public health problems with substantial economic and social costs. Adolescent risk-taking is multifactorial, and strongly influenced by sociodemographics, gender, peer behavior, and community factors, including neighborhood crime. In addition, evidence suggests that early life exposure to neurotoxicants that impede development of the prefrontal cortex such as polychlorinated biphenyls (PCBs), lead (Pb) and methylmercury (MeHg) may contribute to risk-taking and its neuropsychological correlates. Identifying preventable environmental risk factors that contribute to increased risk-taking behavior is a public health priority, especially among communities exposed to multiple chemical and non-chemical stressors, as is often the case near Superfund sites.

Our previous research supports associations of prenatal organochlorine (OC) and methylmercury exposures with behaviors related to attention deficit hyperactivity disorder (ADHD), including impulsivity. But despite the relation of impulsivity with risk-taking, few studies have assessed associations of our targeted chemical exposures with risk-taking behaviors. Thus, examination of risk-taking behaviors extends our previous work to this novel area of investigation.

The main goals of this study are (1) to investigate the relation of prenatal exposure to chemical and non-chemical stressors with focused measures of adolescents’ risk-taking and related behaviors, working within both the New Bedford Cohort and the Massachusetts Pregnancy to Early Life Longitudinal (PELL) data system and (2) to establish infrastructure for contemporary exposure assessment that will be used in a future expanded application to build a model of risk-taking behavior for the community living near the New Bedford Harbor (NBH) Superfund Site. The study is focused on prenatal exposure to mixtures of prevalent organochlorines (PCBs, DDE) and neurotoxic metals (MeHg, Pb, manganese, and arsenic), and consideration of how risks are modified by sociodemographic factors, psychosocial stressors, and other non-chemical stressors.

This page is licensed under a Creative Commons attribution/share-alike license.