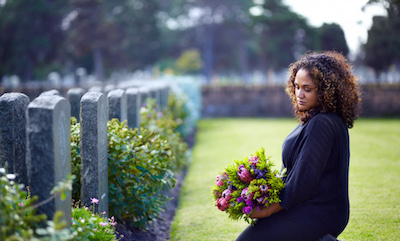 Dementia may be an underlying cause of nearly three times more deaths in the US than official records show, according to a new School of Public Health study.

Published in the journal JAMA Neurology, the study estimates that 13.6 percent of deaths are attributable to dementia, 2.7 times more than the 5.0 percent of death certificates that indicate dementia as an underlying cause of death.

“In the case of dementia, there are numerous challenges to obtaining accurate death counts, including stigma and lack of routine testing for dementia in primary care,” he says. “Our results indicate that the mortality burden of dementia may be greater than recognized, highlighting the importance of expanding dementia prevention and care.”

The researchers found that the underestimation varies greatly by race, with 7.1 times more Black older adults, 4.1 times more Hispanic older adults, and 2.3 times more white older adults dying from dementia than government records indicate. Dementia related deaths were also underreported more for men than women, and more for individuals without a high school education. Previous research has shown that dementia is disproportionately common among older adults who are Black, male, and/or have less education.

“In addition to underestimating dementia deaths, official tallies also appear to underestimate racial and ethnic disparities associated with dementia mortality. Our estimates indicate an urgent need to realign resources to address the disproportionate burden of dementia in Black and Hispanic communities,” Stokes says.

The researchers used data from a nationally-representative cohort of 7,342 older adults in the Health and Retirement Study (HRS), which gathers data from individuals starting when they move into nursing homes. For the current study, the researchers used data from older adults who entered the cohort in 2000 and followed them up to 2009, analyzing the association between dementia and death when adjusting for other variables including age, sex, race/ethnicity, education level, region of the US, and medical diagnoses.

“These findings indicate that dementia represents a much more important factor in U.S. mortality than previously indicated by routine death records,” says study senior author Eileen Crimmins, professor and AARP Chair in Gerontology at the University of Southern California Leonard Davis School of Gerontology and a co-investigator on the HRS.