“The Other” and Our Health 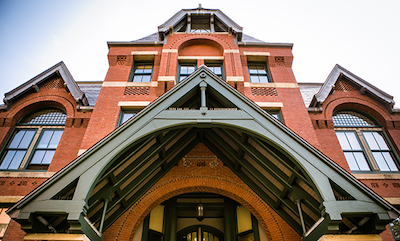 A version of this piece was first published in The Hill.

The day after the 2016 election, I wrote a Dean’s Note reflecting on what the election meant for “the other,” given the Trump campaign’s willingness to target groups often labeled with this category of difference. This includes people of color, LGBTQ populations, and immigrants. Writing from my perspective as an immigrant to the US, I expressed concern that Trump, as president, would continue using rhetoric targeting these groups, and, perhaps even worse, would follow through with policies informed by the sentiments expressed in his speeches, policies which harm “the other.” I was not the only one to share these fears in the lead-up to his inauguration, and they proved to be justified when his administration began by launching a ban on travelers from Muslim-majority countries, and continued by embracing policies, such as family separation, which threaten the wellbeing of “the other.”

This trend continued last week, with the Trump administration’s announcement of the extension of a visa ban to cover non-immigrant visas, including H-1B, H-2B, and some J and L visas. This announcement resulted in opposition from leaders in science and commerce, who claimed this would make the US less competitive, hampering science, education, economic growth, and job creation.

The Presidential proclamation, entitled “Proclamation Suspending Entry of Aliens Who Present a Risk to the US Labor Market Following the Coronavirus Outbreak,” claims that to allow such “aliens” to enter the country would be “detrimental to the interests of the United States.” This is in contrast to the opinion of most experts, including the editorial pages of reliably business-friendly newspapers like The Wall Street Journal, who suggest that this proclamation would in itself be harmful to the US economy.

This move is indeed self-defeating for a US economy already in dire straits. However, the economic effects of the proclamation are not the central concern it occasions. It is most concerning as yet another attack on “the other.” I have often written about how such actions harm not just the health of the groups they target, but the health of all. This is especially relevant now that the US faces a time of interlocking crisis, when the divides sown by attacks on “the other” threaten our already-vulnerable health. Before sharing thoughts on this, it is important to acknowledge that the proclamation may have ramifications for members of our community who depend on the visas in question. To them I would say: Please know we are committed to working with the University to try to ensure you can have the support you need to remain engaged in your work or studies. As an immigrant myself, I well know what it is to feel the anxieties caused by such policies, the uncertainty of not knowing what will happen next. In these moments, I have found comfort and support in the communities of which I have been fortunate to be a part, and I hope you will feel able to do so now.

This latest announcement from the Trump administration is an extension of policies of repeated, self-destructive othering. These policies have had ramifications for the personal, professional, and political lives of people living in this country, and are intimately linked with the three concurrent crises currently facing the US: an unprecedented pandemic, record unemployment, and widespread civil unrest in response to systemic racism.

There is much that underlies these challenges, but each of them can be tied to our inability to perceive our fundamental common humanity, and to a reactive and short-sighted leadership that seeks to double down on this denial by scapegoating “the other.” This is mirrored in this most recent announcement.

The COVID-19 pandemic continues to spread across the US even as it abates in much of Europe, in part because the US has a disproportionately large number of marginalized and disadvantaged populations, who are often stigmatized as “the other.” African Americans and Latinx Americans face racial discrimination in education and employment, and in accessing justice and basic opportunity. Widespread, long-standing, and reflected in the killing of George Floyd, this discrimination shapes health at the population level through poorer health and lower life expectancy, leaving affected populations with fewer assets with which to weather gaps in employment, less ability to work remotely, and a greater risk of becoming unemployed as the economic crisis broadened. Structural racism is the very definition of a home-grown problem, one that can be addressed through policy and political will. Instead, the disparate outcomes observed have been framed repeatedly, as in this most recent proclamation, as being because of “the other,” or the “alien.” The Presidential proclamation is particularly egregious in this context because it claims that keeping these “aliens” out will particularly benefit people of color and those with disabilities who have suffered due to the economic crisis, even though it is through domestic policies of racism and discrimination that they were made vulnerable to begin with. Ending such polices can help improve the health of the populations they target, and, by doing so, improve health overall by ending the pockets of sickness in our society that emerge from conditions of inequity. Such steps are core to treating health as a public good.

That health is a public good has been amply demonstrated by COVID-19. My health depends on your health, yours on mine, and both on our collective ability to self-isolate. If there are people in this country who through discrimination or stigma cannot self-isolate, seek testing, or obtain treatment, that is not only fundamentally unjust and harmful to them, it is harmful to the health of all. No amount of wealth can overcome the fact that containing COVID-19 becomes much harder when segments of the country have been starved of investment in foundational public health services, when undocumented migrants fear seeking testing or treatment in case they are deported or separated from their children, and when COVID-19 spreads among the largest prison population in the world.

Othering has not only exacerbated this pandemic, it also helped begin it. In spite of statements to the contrary, the US had ample time to prepare as COVID-19 raged in China, yet the country’s leadership chose to describe this pandemic as a problem of “the other,” noting this was a problem with a Chinese, and then European, epicenter. This destructive othering is perhaps epitomized to our great historical shame, in the “Chinese virus” slur.

Martin Luther King, Jr. once wrote, “injustice anywhere is a threat to justice everywhere.” The COVID-19 pandemic has similarly shown that poor health anywhere is a threat to health everywhere. This links to the country’s universalist aspiration that all are created equal. This equality is at the heart of our ability to live healthy lives. When we scapegoat, when we “other,” when we embrace policies that undermine the health of some, when we limit their access to the equality guaranteed in our country’s founding documents, we limit everyone’s ability to access the freedom to which we aspire. At this time of upheaval, the US stands at a crossroads. We can continue down the path of self-destructive othering, or we can acknowledge the fact of our essential oneness and refashion our society in ways that reflect it.

I hope everyone has a good week.

Acknowledgement: I am grateful for the contributions of Nason Maani and Eric DelGizzo to this Dean’s Note.