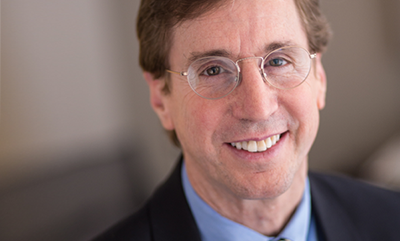 David Jernigan, professor of health law, policy & management, testified before the Massachusetts Joint Committee on Consumer Protection and Professional Licensure on the Sale of Beer and Wine by Food Stores Initiative on February 10.

The proposed 2020 ballot initiative, filed by the Westborough, Mass.-based convenience store chain Cumberland Farms last August, would gradually lift restrictions on the number of alcohol licenses food retailers can hold. Currently, food store chains in the Commonwealth are limited to nine alcohol licenses. The measure would also shift the state-wide control of the licensing process to local municipalities.

During the hearing, Jernigan and other health experts testified that increasing access to wine and beer would lead to detrimental and unintended consequences, including a rise in violent crime and higher rates of alcohol consumption.

“This bill is fundamentally about public safety,” says Jernigan, whose research focuses on alcohol marketing and its influence on youth. “Research shows that there is a close relationship between the number and density of alcohol outlets and violent crime; the more places there are to buy alcohol, the more people will buy it and drink it.”

This rise in crime is more likely to occur near take-out establishments, such as convenient stores, he says.

“When people carry out alcohol, they’re going to drink it unsupervised, which is different than drinking it in a bar or at a restaurant where servers are monitoring you,” says Jernigan. “In any situation that could become violent, adding alcohol is like adding gasoline to a lit fire.”

Jernigan says data shows that lifting the cap on liquor licenses would also exacerbate underage drinking by encouraging alcohol price competition among food and wine stores, and by increasing the availability and convenience of alcohol among adolescents, which can normalize a culture of drinking.

Cumberland Farms and other supporters of the petition claim the current nine-store limit on liquor licenses for a single retailer is an archaic law reminiscent of the end of the Prohibition Era, but Jernigan says that much more is at stake regarding the health of Massachusetts residents.

“Alcohol regulation is complicated,” he says. “In a state like Massachusetts, the limits on the number of places you can buy alcohol are very intentional to protect public health, and this bill would blow the lid off of those limits.”