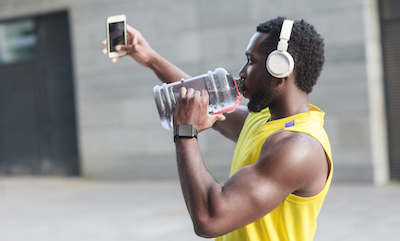 Scrolling through Twitter may not be much of a workout, but social media data can tell a lot about how much physical activity different populations are getting, according to a new study led by School of Public Health researchers.

The study, published in BMJ Open Sport & Exercise Medicine, used machine learning to find and comb through exercise-related tweets from across the United States, unpacking regional and gender differences in exercise types and intensity levels. By analyzing the language of the tweets, this method was also able to show how different populations feel about different kinds of exercise.

“In most cases, lower-income communities tend to lack access to resources that encourage a healthy lifestyle,” says study senior author Elaine Nsoesie, assistant professor of global health. “By understanding differences in how people are exercising across different communities, we can design interventions that target the specific needs of those communities.”

In the future, social media and other digital data could help create interventions and policies informed not just by the habits of these communities, but also by what they think of different physical activities, says study lead author Nina Cesare, a postdoctoral associate in global health. “We believe this work provides a step in the right direction.”

The researchers used exercise-related keywords to find relevant, geotagged tweets from around the US from April 2015 to March 2016. After using another set of keywords to clean up the sample (for example, getting rid of references to The Walking Dead or watching sports, or using the expression “running late”), they had 1,382,284 tweets by 481,146 Twitter users in 2,900 US counties.

The researchers estimated the intensity of each physical activity based on how many calories the average American would burn doing that activity for 30 minutes. They used a language processing system that analyzes how “happy” language is to measure the sentiments that Twitter users expressed about exercise. Since most Twitter users don’t include demographic data in their profiles, the researchers used a previously-developed machine-learning system analyzing first names to estimate gender. 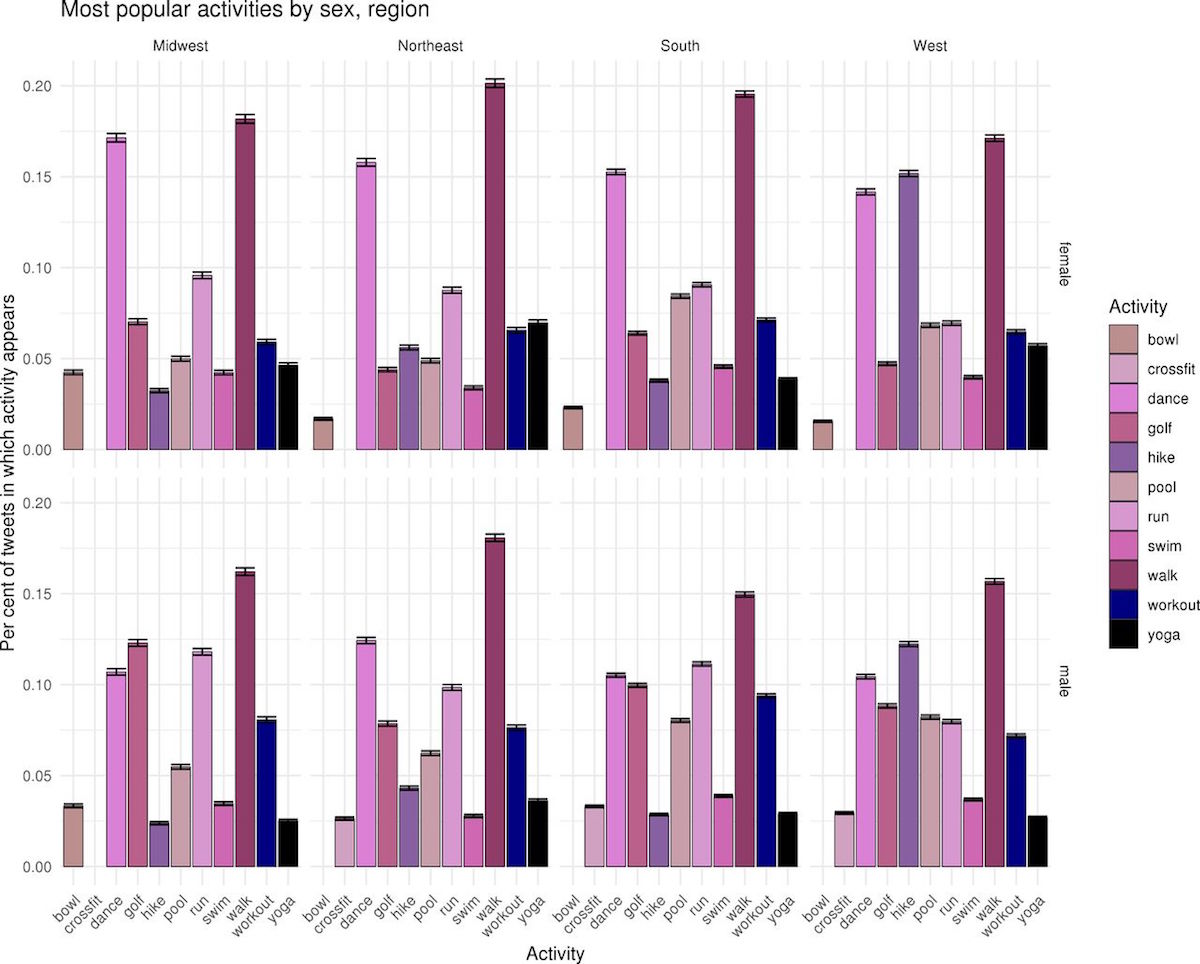 The most popular activities in each region among women and men. Click to expand.