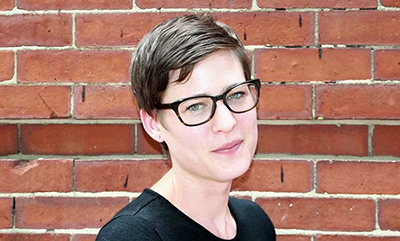 Ellison, who is also a research analyst in the Department of Community Health Sciences, received the award for research she conducted as part of her dissertation work on the use of sexual and reproductive health services by young adults newly insured under the Affordable Care Act dependent coverage expansion. Ellison presented research on similar data at two previous AcademyHealth meetings, and she says she was happy to receive the award on a subject that she is passionate about.

“Sexual and reproductive health services are a main reason why women and people who can get pregnant seek care, and these services are often sensitive to confidentiality concerns, so I wanted to understand what the effect of this provision was on insurance use for these services among those who were affected by the policy,” Ellison says.

Since the 2010 implementation of the ACA, approximately 2.3 million young adults ages 19 to 25 have gained insurance coverage through their parents’ plan. But Ellison says certain billing practices, such as explanation of benefits (EOB) forms, inadvertently breach dependents’ confidentiality, as the EOB forms are sent to policyholders whenever care is provided under their plan.

She and her research team found that young adults who gained parental coverage were less likely to use their insurance to pay for contraception and sexually transmitted infection testing. They also found a reduction in use of sick visits, which are not typically considered confidential.

“These EOB forms detail services provided, to whom they were provided, and where they were provided,” Ellison says. “While this practice isn’t necessarily an intentional breach of confidentiality, we need to acknowledge that policy makers often don’t think of how health insurance reform disproportionately impacts people who can get pregnant and are higher users of healthcare, or young adults who need access to confidential services.”

Ellison notes that some states, including Massachusetts, allow young adults to request a confidential process with their providers, which prohibits insurance companies from sending EOBs to policyholders—but that many young adults are likely unaware of this policy.

“This is also a very formative time in people’s lives, a time when they start interacting autonomously with the healthcare system and learning how to take responsibility for their own healthcare use,” Ellison says. But if young adults avoid using insurance to pay for the services they are most likely to need and use in fear of a confidentiality breach, “what is the value of having insurance?” she says.

“These experiences can affect the way people think about and interact with the healthcare system long after young adulthood.”