Unlike Alcohol, Marijuana Not Linked to Dating Abuse Perpetration 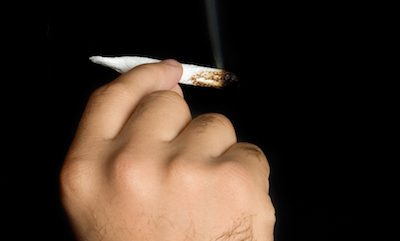 Dating abuse is physical, sexual, or psychological violence committed against a current or former dating partner. Previous research has found an association between same-day alcohol use and perpetrating dating abuse, but the participants in those studies have almost exclusively been college students. Meanwhile, very little is known about marijuana use and dating abuse perpetration in college or non-college-attending younger adults.

In the study, published in Violence Against Women, participants were more likely to perpetrate dating abuse within the same 24 hours as drinking alcohol, but in half of these cases their drinking took place after the event. The association between same-day marijuana use and dating abuse perpetration was weak and not statistically significant.

Lead author Emily Rothman, professor of community health sciences, says she and her co-authors were not entirely surprised by the marijuana finding, but that the alcohol finding was a “twist.”

“This raises some new questions about whether the association between alcohol and same-day alcohol use, at least in non-college-attending young adults, is always about alcohol having that pharmacological disinhibiting effect and causing violence,” she says, “or whether it might not be feelings of stress, guilt, shame, and upset that drive some people who perpetrate violence to consume alcohol afterwards. Both explanations could also be in play at the same time.”

Rothman and her colleagues recruited the study’s 60 participants from the pediatric emergency department of a large, urban, safety-net hospital between March 2012 and January 2013. Participants were between 18 and 24 years old, had had at least one drink in the preceding month, and had perpetrated two or more acts of physical or sexual abuse against a dating partner in the prior three months. Unlike the majority of previous studies on dating abuse, participants in this study were predominantly black, Hispanic, or multiracial, and only one participant had some college education.

Over the course of the study, participants regularly called into an interactive voice response system to answer questions about the preceding 24 hours. They reported perpetrating dating abuse on 34 percent of the days they interacted with a dating partner.

Drinking alcohol, or both drinking alcohol and using marijuana, was associated with twice the odds of perpetrating dating abuse on that day as opposed to a non-drinking, or non-drinking no-marijuana-use day. However, a study participant was four times more likely to perpetrate more severe dating abuse on an alcohol-only day than on a no-alcohol day. Male participants were five times more likely to perpetrate dating violence on a day when they drank but did not use marijuana, compared to days when they neither drank nor used marijuana.

The researchers did find a small positive association between same-day marijuana use and dating abuse, but the association was weak and not statistically significant.

“It might be that in some people, marijuana does ‘chill them out,’” Rothman says, “but, still, there could be other people who do experience increased anxiety or depression because of marijuana use that in turn elevates risk of aggression.” Using marijuana can also lead to conflict simply because someone’s partner does not want them using marijuana, Rothman says: “Marijuana use might have other negative consequences, but one cannot easily add ‘causes people to perpetrate dating abuse’ to the list of negative consequences of marijuana use at this time.”