Nearly Every American Will Know Victim of Gun Violence 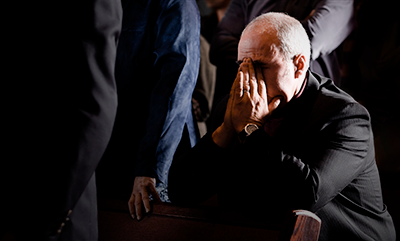 Nearly all Americans are likely to know a victim of gun violence within their social networks during their lifetime, indicating that citizens are “closer to gun violence than they perceive,” according to a new study by researchers from the Schools of Public Health and Medicine.

In a study in the journal Preventive Medicine, the research team used fatal and non-fatal gun injury data from the Centers for Disease Control and Prevention (CDC) and estimates of the number of social relationships a person accrues during his or her lifetime to gauge the likelihood of Americans knowing a gun violence victim.

The researchers used well-established estimates of the size of a person’s social network, which puts the average number of relationships over a lifetime at 291.

“We found that the probability of never knowing someone who experiences gun violence over a lifetime is very small,” the authors wrote. “Leaving aside constitutional debates about approaches to controlling gun violence, it might inform our national conversation to recognize that nearly all Americans, of all racial/ethnic groups, will know a victim of gun violence in their social network.”

The authors allowed that the study did not take into account the higher risk faced by people in “small identifiable social networks of individuals engaged in criminal activity” or for those previously exposed to violence.

Nonetheless, they said, “Using our assumptions, exposure to gun violence is certain for some individuals. For others, the likelihood would still be far from zero, even if the simplifying assumption of randomness is not accurate.”

They urged that the issue of exposure to gun violence be further explored through large-scale longitudinal studies, “suggesting strongly the need for more firearm-related research.”

Co-authors on the study were Bindu Kalesan, assistant professor of medicine at the School of Medicine and director of the Evans Center for Clinical Translational Epidemiology and Comparative Effectiveness Research; Dean Sandro Galea; and Janice Weinberg, professor of biostatistics. No external sources of funding were used for the study.

Galea and other public health leaders have been urging Congress to restore CDC funding for gun-violence research.