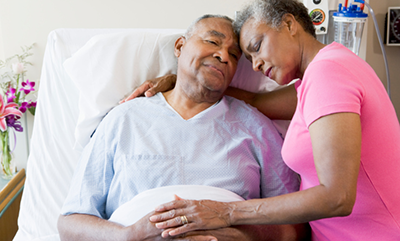 Elderly caregivers may reap tangible health benefits from helping others that could prolong their own lives, suggests a new study led by SPH researchers.

In the study, published in The Journals of Gerontology, researchers tracked the status of 1,068 women with an average age of 81 years. Thirty-five percent of the women were actively taking care of a spouse, family member, or friend.

The potential health benefits from a sustained caregiving relationship have been dubbed the Healthy Caregiver Hypothesis, which suggests that older adults who become caregivers and stay in that role for a time are healthier and more physically active than their peers.

Lead author Lisa Fredman, a professor of epidemiology, said this study took a different approach to examine the association between caregiving and mortality by treating caregiving as time-varying event. It also looked at mortality for up to five years after caregiving ceased. Jennifer Grace Lyons, epidemiology research technologist, contributed to the research team.

Overall, caregivers had lower mortality rates than non-caregivers in all analyses. These associations were sensitive to the time lag period, Fredman wrote, with a more pronounced reduction in mortality in current caregivers. This benefit diminished over time, indicating that the timing of leaving caregiving does influence this relationship and should be considered in future investigations.

Fredman said previous studies have shown inconsistent associations between caregiving and mortality, possibly because those studies have primarily analyzed caregiver status at a baseline only. Better health may be related to caregivers taking on their responsibilities and continuing in that role for some time, Fredman wrote.