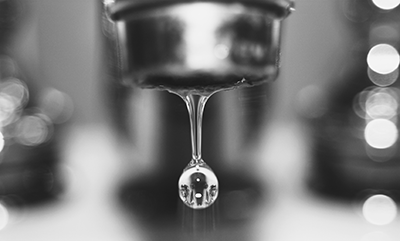 Prenatal and early life exposure to contaminated drinking water raise the risk of epilepsy and certain types of cancer, particularly cervical cancer, according to a new study by School of Public Health researchers.

The study, published in the journal Environmental Health, is the latest in a series of studies by SPH researchers of the health effects of exposure to tetrachloroethylene (PCE), which leached into public drinking water in some Massachusetts towns from a vinyl liner put in water distribution pipes.

Previous research has indicated that prenatal and early childhood exposure to PCE has long-term impacts on health, including mental illness, the occurrence of drug use and other risky behaviors, visual deficits, and congenital anomalies such as neural tube defects.

In the new study, no increases in risk were observed for obesity, diabetes, cardiovascular disease, or hypertension. But individuals with early-life PCE exposure had an elevated risk of cancer, particularly cervical cancer. Those findings were based on 31 cancer cases among participants in the study.

The risk of epilepsy also was higher among people with early exposure to PCE-contaminated water.

The study looked at health outcomes for more than 1,300 individuals, 831 who had early-life PCE exposure and the rest with no exposure. Individuals were eligible for the present study if they were born between 1969 and 1983 to married women living in one of eight Cape Cod towns known to have some vinyl-lined pipes in their water distribution system. Surveys estimate that approximately 660 miles of such pipes were installed in nearly 100 cities and towns in Massachusetts during that time.

Participants were predominantly female, white, college-educated, and in their late 20s when they completed the study questionnaires.

The authors said their results should be viewed with caution because of the relatively small sample size and the young age of respondents, which means that many cancers and other chronic conditions that appear later in life are not being captured.

“These findings should be interpreted cautiously because of the study limitations, and confirmed in follow-up investigations of similarly exposed populations that include medical confirmation of self-reported diseases,” the researchers said. “The study population should also be monitored periodically for any changes in disease risk in this relatively young population.”

Since PCE remains a commonly used commercial solvent that exposes workers in some industries and may contaminate drinking water, further studies are needed “to determine the long-term impact of early life exposure,” the authors said.

According to the US Environmental Protection Agency, PCE is considered “likely” to be carcinogenic in humans and to have toxic effects on the central nervous, renal, digestive, immune and hematological systems.

PCE’s potential to cause cancer has been established through numerous animal and human studies that have contributed to its designation as a probable human carcinogen by the International Agency for Cancer Research. Previous epidemiological studies of adult exposure to PCE have found evidence of increased risks for bladder cancer, non-Hodgkin lymphoma and multiple myeloma, and possibly cervical, esophageal, kidney, lung, liver, and breast cancer.