Welcome to the Metropolis of the Future 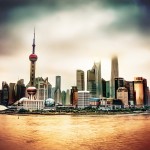 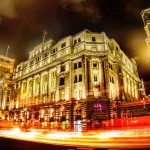 Architectures on the Bund 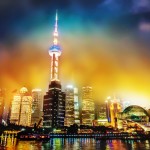 Shanghai is rapidly becoming the premier international metropolis of China, thereby resurrecting its once dubious legacy as the “Paris of the Orient.”  The city now boasts world-class institutions from theaters and museums to universities and is a major cultural and political force in the PRC.  With its physical legacy of colonial-era buildings and its cultural legacy as the “Gateway to China,” Shanghai offers a unique landscape of “East meets West” that puzzles and delights millions of visitors and residents from other parts of China and abroad.  Though the population of 20 million is still overwhelmingly Chinese, hundreds of thousands of foreign nationals now live in Shanghai, playing an integral role in the creation of a vibrant cosmopolitan culture.  The city government has a comprehensive urban planning scheme that attempts to preserve the rich legacy of heritage buildings and expand the city’s green spaces, while catering to the needs and desires of a growing population that is lurching into the twenty-first century at high velocity.  Some call Shanghai “New York on steroids.”  Certainly the city is at the forefront of China’s development as a major player in the world of the next century.

While some are intimidated by the crush of bodies on the buses and subway lines during rush hour, nobody doubts that this city is full of energy and vitality unmatched by most other cities in the world.  To make it in Shanghai is not easy, but there are many rags-to-riches stories as people from China and abroad come here to test out their entrepreneurial skills.  The city has always boasted a highly-skilled and well-educated population of outward-looking people who come here to “learn from the West” or “learn from China.”

At night, the city becomes an electrified wonderland of pleasures and spectacles that evoke both past and future. The stunning views from the Bund looking out at Pudong, China’s glitzy futuristic banking district, or backwards at the old western colonial buildings that once awed those who reached the shores of the Huangpu River, reveal the Janus faced nature of the city.  Whether you are interested in exploring China’s vast cultural heritage, tasting the culinary delights of all of its regions and cities, or enjoying the vibrant business and entertainment culture of an international metropolis heading full-speed into the new Millennium, Shanghai is the place for you.