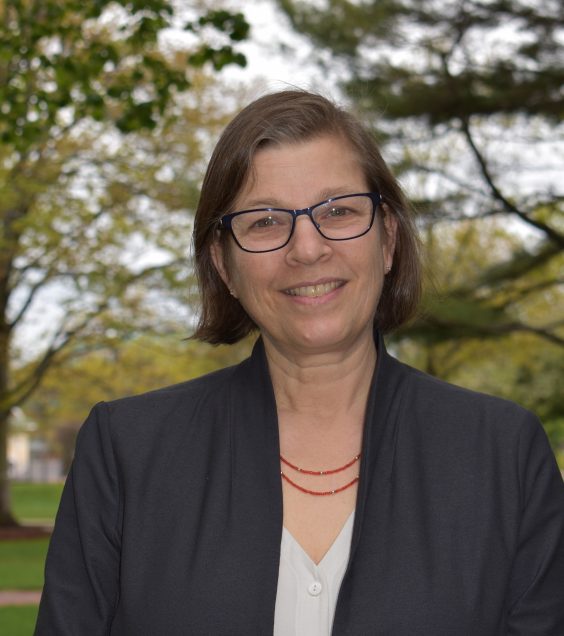 Deeana Klepper, Associate Professor in the Departments of Religion and History, holds a PhD in Medieval European History from Northwestern University. Professor Klepper teaches courses on Christianity, Judaism, and medieval and early modern European religious history. Professor Klepper’s research focuses on medieval religious identities, cultures, and interreligious encounters. Her book The Insight of Unbelievers: Nicholas of Lyra and Christian Reading of Jewish Texts in the Later Middle Ages (University of Pennsylvania Press) explores the complicated and contradictory attitudes toward Jewish tradition held by Christian scholars and shows how the Franciscan Bible commentator Nicholas of Lyra came to serve as an important mediator of Hebrew and Jewish tradition for Christian Europeans. Her forthcoming book, Pastoral Care and Community in Late Medieval Germany: Albert of Diessen’s “Mirror of Priests” (Cornell University Press) brings to light a Latin manual for German priests written (and revised) between 1370-77 and uses it to expand our understanding of religion in medieval Europe. Through the lens of Albert’s life and work, we see how “universal” religious ideals and laws were adapted, reinterpreted, and repurposed by those given responsibility to implement them, thereby crafting distinctive, local expressions of Christianity.

The Insight of Unbelievers: Nicholas of Lyra and Christian Reading of Jewish Text in the Later Middle Ages
By Deeana Klepper
University of Pennsylvania Press
January 2007
Order it from Amazon.com!