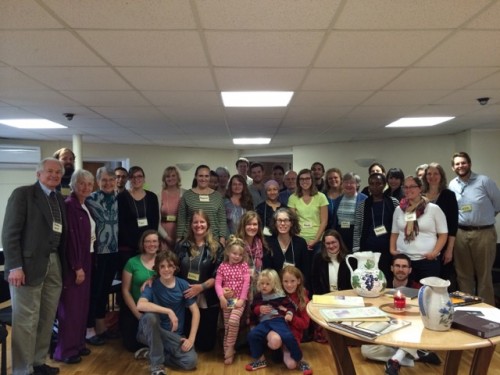 Below are a few snapshots of students in the Religion and Conflict Transformation Program: 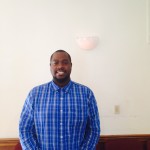 I have worked with ex-prisoners fighting for fair job hiring treatment after being released from prison; I worked among the homeless population to feed the hungry and I have organized low-income residents that rent apartments to fight against substandard living conditions. I decided to join the religion and conflict transformation program because I am interested in how religion can shape and help conflict resolution. It is widely known that religion can cause conflict and has done so but religion can also heal conflict which I am interested in. It is my hope though the program that I can learn the theology, theory and practice of faith-based conflict transformation and apply it to the real world.” -Vernon Walker MDiv/MSW ’16

“I joined the RCT program in order to learn practical skills for engaging more deeply in interfaith conversation. As a member of a minority faith group, I have experienced interfaith conversation in both positive and negative ways. My participation in RCT classes helped me learn that what seems like a confrontational experience can actually be transformative in a good way for everyone involved, so conflict is not necessarily an entirely negative thing that must be avoided at all costs. I am looking forward to using what I’ve learned to create spaces for conversation and growth in my career as a military chaplain.” -Sarah Sampas MTS ’16

“Early in my seminary program, a course on Jewish-Christian relations in America sparked an interest in the Palestinian-Israeli conflict that grew into a passion to understand this complex and ongoing tragedy. As my theological studies continued, I felt a call to Christian peacemaking and set out to discern how our Christian faith could both inspire our efforts and inform our actions. I learned that transformation, from incarnation to resurrection, is at the heart of Christianity, and that as Christians we are called to become instruments of transformation. We are called to counter the divisive “othering” at the heart of so many conflicts by learning to inhabit the truth of the other, an act that transforms self and other and ultimately the conflict itself. Drawing from the insights of great theologians and peacemakers, I developed a methodology for inhabiting the truth of the other that involves recognition of the truth of the other, sacred listening, and the power of storytelling. As I go forward, I will seek opportunities to train those seeking to transform conflicts in the spiritual foundations and methods of inhabiting the truth of the other.” -Debra Brillati ANTS MDiv ’15

“The RCT program was one of the reasons I chose to attend Boston University School of Theology. I did significant research as an undergraduate student into religiously-motivated violence and wanted an opportunity to study peace building and conflict transformation. My short term hope is to pass along what I have learned to churches and pastors I work with. In the longer run, I would love to work on a national or international level helping communities to deal with difference and conflict.” Nico Romeijn-Stout MDiv ’15

“I joined Religion and Conflict Transformation (RCT) because I am a Pastor and a reformist. So I want to gain more knowledge about conflicts, to understand how religion can be practically useful to the needs of victims, offenders and communities and to gain skills on how to resolve conflicts and transform lives of key holders of conflict through conflict mediation. As a pastor and as a cross –cultural religious peacemaker, I want to use the Conflict Transformation spiritual practices in performing my religious function, advancing the cause of peace by addressing the questions of human rights. I want to be an enabling agent of change in communities, helping key holders of conflicts to use conflicts as positive tools towards success.  The RCT program introduced me to the Sprit and Art of Conflict Transformation and I erudite conflict transformation approaches such  as love, peace, patience, dialogue, perseverance, honest, naming the enemy, and increasing space for dialogues. It also introduced me to the principles and practices of Restorative Justice and Forgiveness. I learned the important principles and practices of restorative justice, the needs and the roles of victims, communities and justice systems. The program equipped me with basic principles and primary models of practice of restorative justice such as; restorative justice and victim conferencing, family group conferencing, the dialogue circle of accountability, truth commissions, justice and reconciliation.” -Memory Chikosi MTS ’15

“I joined the Religion and Conflict Transformation Program to gain practical skills that aligned with my passion for nonviolence. Throughout my time in the RCT program, I have not only gained those skills, but I have developed a passion for congregational and community development that is founded in the restorative practices that we learned in the classroom. The RCT program has offered me a wealth of knowledge that I look forward to sharing with the communities that I journey with as a deacon of the UMC.” -Haley Jones MDiv ’15

“I was fascinated with theology from a young age, but I was commissioned into a theological vocation on the fields of Croatia while a Freshman in college. There, standing at the memorial built overtop a mass grave, I was indelibly marked by encountering the carnage of the violent religions-national conflicts that ravaged that region throughout the 90s. I left that site convinced that I could not become a theologian disengaged with the serious matters of religion and conflict that marks our era of history. When I began my graduate education at Gordon-Conwell Theological Seminary I was excited to discover that as a member of a BTI school I could take part in the Religion & Conflict Transformation program. This opportunity has allowed me to begin to discover how to be a theologian willing to face the tough theological questions of conflict, faith, and peacemaking that are such tangible matters of life and death at home and abroad. I was able to travel to Uzbekistan, and return to the Balkans for a summer internship, as part of this program and those experiences in particular have shaped the direction of my career and vocation.  Because of this program I believe I am now better equipped to be an active participant in conflict transformation, in hopes of contributing to a more peaceful world.” -Spencer Johnson Gordon Conwell ’15

“I participated in the Religion and Conflict Transformation program because it sheds light on my personal concerns and vocation. My country is interested in  social justice and interfaith conflicts. After the Korean War, my country concentrated on surviving from hunger, so most Koreans were neglected to illegitimate and unjust issues. But now my country stands on the starting line to deal with these issues, and these phenomena motivated me to get involved in the RCT program. Furthermore, the RCT program has lead me to broaden my views. This program encourages me to spread my vocation not only to my country but also to the world that hopes for peace.” -Seunggoo Han ’15