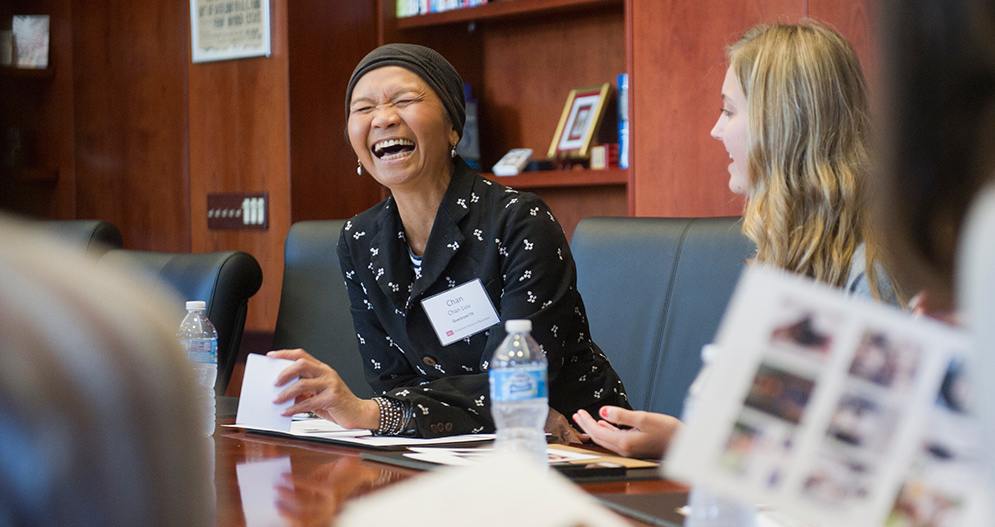 “It’s up to you to decide whether you support what I do or you don’t,” she says. “The people who make this get paid fairly and have a safe place to work. And some people buy my jewelry only because they love it, but other people do care about those things, and they buy and then they campaign for me.” Celebrity fans known for their activism—model and UN Environment Programme Ambassador Gisele Bündchen, actress and UN Women Goodwill Ambassador Emma Watson—are happy to be snapped in public sporting Luu’s designs. In 2014, Luu sold the majority of her company to DRC Capital, a Japanese investment firm. She retains a 30 percent stake in the business, and remains its chief executive officer and designer. She has some reservations, she confesses, about no longer being the majority owner of the company that bears her name, but she’s happy with the decision, which will help her expand the brand throughout Asia, considered the fastest-growing market for mid-market and luxury fashion. Japan, she says, has some of the highest manufacturing standards in the world, so she’s not concerned about a conflict of values with the new ownership. And, eventually, she says, every businesswoman needs to answer the question she posed to the entrepreneurs at Questrom: how will you make money?