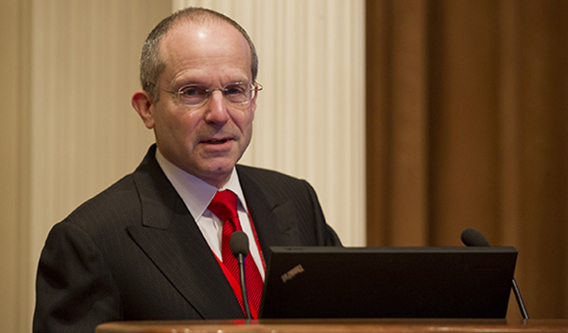 Feld, benefactor and vice chair, will take office in September

Feld (Questrom’70), who will succeed Robert A. Knox (CAS’74, Questrom’75), Board chair and chair of the Executive Committee since 2008, says he is honored to take on the challenges of his new role, and that the greatest of these is continuing the successes that President Robert A. Brown has achieved in the last 10 years.

“The foundation of the University is our Board of Trustees,” says Brown. “The challenge in building a strong Board and finding Board leadership is that the individuals who bring the necessary gravity and experience have many claims on their time and energy. We are grateful when such individuals choose to devote their time and energy to us. Because of the Board’s engaged, thoughtful leadership, we have made—and will continue to make—great progress as a major private research university.

“I am delighted that Kenneth Feld has agreed to take on the responsibility of chairing this great Board,” says Brown. “While meeting the demands of running a very complicated business, Kenneth has made time and found the energy and enthusiasm to serve as vice chair of the Board and to chair the University’s first-ever comprehensive fundraising campaign. The fact that we passed the $950 million mark before the holidays speaks to his service in this vitally important role. Under Kenneth’s leadership, the Board will continue to grow in quality and be a firm foundation for the University.

“As Kenneth assumes the chairmanship in September, it is important to emphasize how much Boston University has benefited from Bob Knox’s exceptional work as chairman for the last eight years. He has provided wise, informed, and highly principled leadership during a period of great progress. We all owe him our heartfelt thanks for his service.”

“The pressure is always to provide the very best education and contain the cost of education for students,” says Feld, chairman and chief executive officer of Feld Entertainment, the parent company of Ringling Bros. and Barnum & Bailey, Feld Motor Sports, Disney On Ice, and Disney Live! “We all want to make the University better, so we are adding research facilities, but you can’t pass that expense on to students. You have to look at how to increase the endowment so we improve financial aid and lower the rate of tuition increase.”

Knox says Feld is uniquely suited to the chairmanship. “Ken really loves BU,” says Knox. “He has a rich history with the University, and he is a very savvy businessperson. He can bring all of the experience from running the largest live ticket organization in the world. It’s a very complicated empire, and he has run it and managed it very successfully. He brings a lot of business acumen to the position.”

The foundation also established the Feld Career Center at Questrom and the Feld Family Skating Center at Agganis Arena.

And in April 2013, when Feld learned that BU student Lu Lingzi (GRS’13) had been killed in the Boston Marathon bombings, he told the trustees at a meeting of the Board that he would give $100,000 to start a fund for a scholarship in her name. Scott Nichols, vice president for development and alumni relations, says that within minutes, several other Board members made pledges, bringing the total to $560,000. The Lu Lingzi Scholarship Fund, which provides tuition remission and a stipend to an international student studying for a master’s degree, now has more than 1,300 donors and has reached more than $1 million. The University’s first Lu Lingzi Scholar, Yifan Xu (GRS’16), enrolled at BU in fall 2015.

“Kenneth Feld embodies the definition of leadership in every sense imaginable for Boston University,” says Nichols. “He is a generous donor, a passionate trustee, and a wise counselor.”

Feld says he relishes working with the Board and appreciates the opportunity to serve with businesspeople he wouldn’t ordinarily get a chance to collaborate with.

“Anytime we have a board meeting, we have diverse opinions coming from really smart people,” he says. “Everybody brings different strengths; our backgrounds are so different. It’s important to have someone like Ken Menges (Questrom’79) as vice chair. He is a great advisor. The other thing is the wonderful Board of Overseers and the strength that is there. You have former board members, and you have fertile ground for future trustees.”

Knox says he has little doubt that Feld will maintain the momentum that has been established under Brown’s leadership. 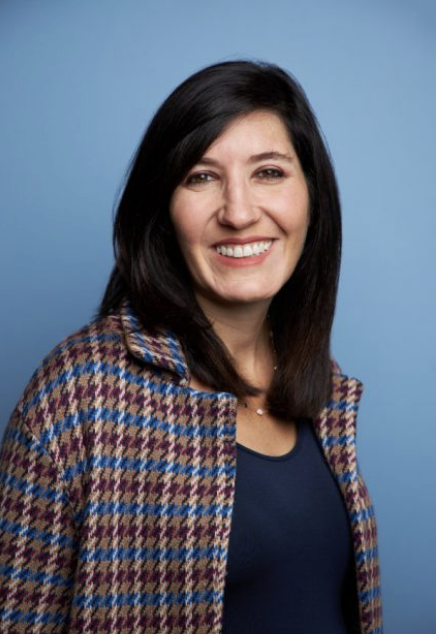 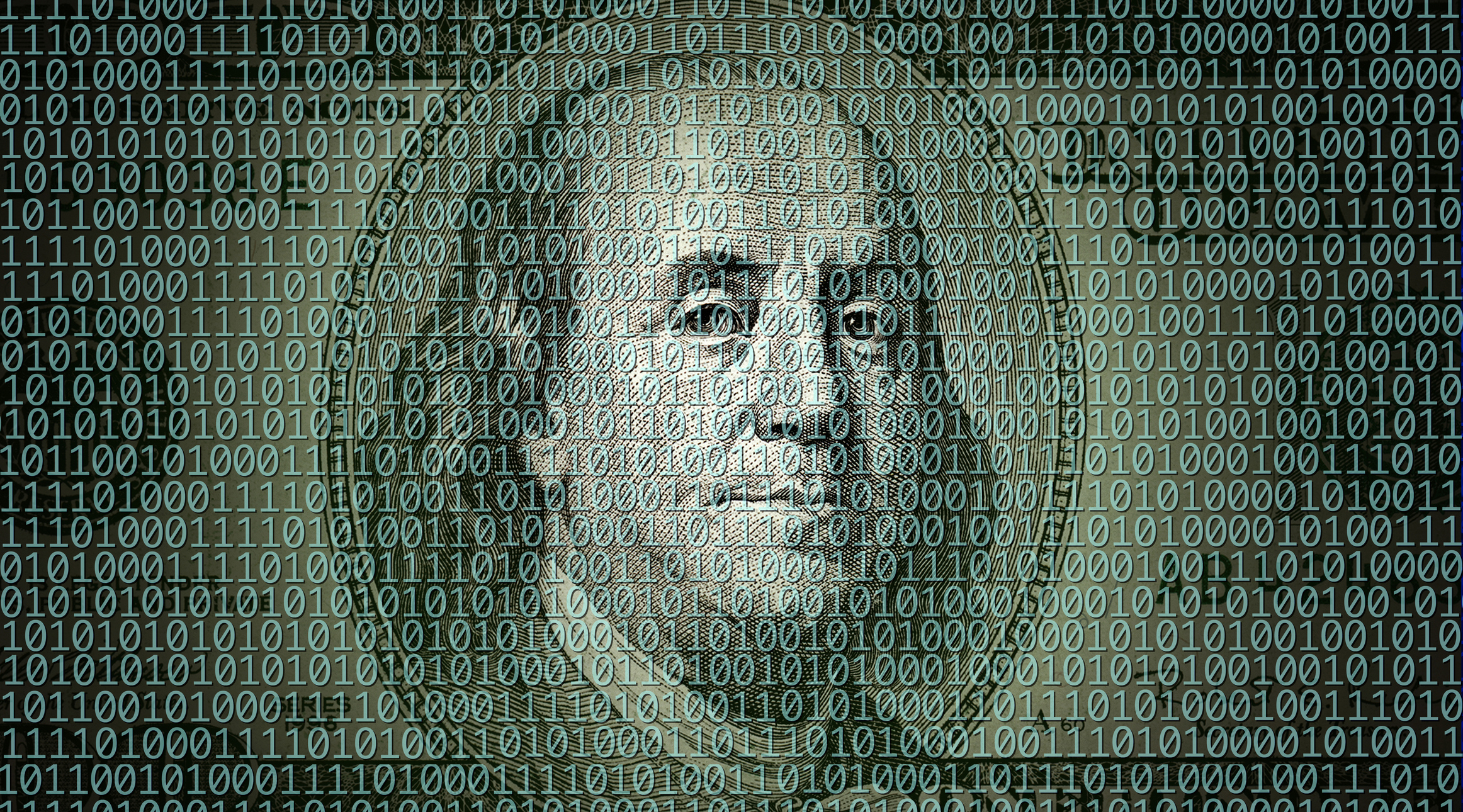 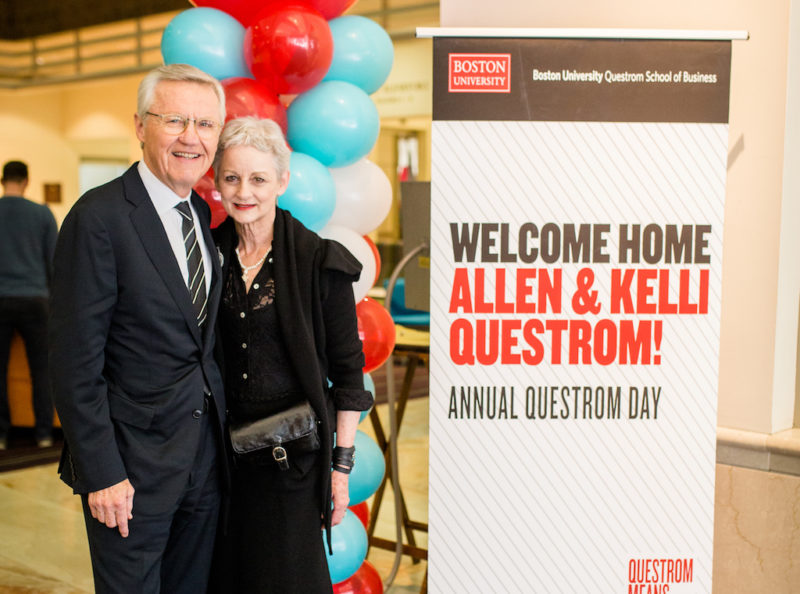 Get Ready for our Second Annual Questrom Day