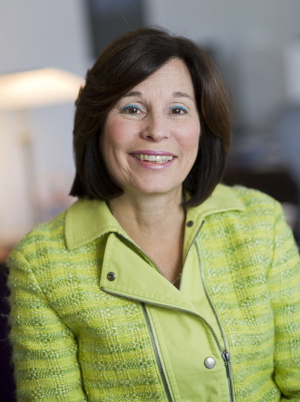 Gloria S. Waters is Vice President and Associate Provost for Research at Boston University. In this role, she has responsibility for BU’s research enterprise, representing the University to key stakeholders in government, industry and foundations and leading the development and implementation of effective policies and procedures to streamline and manage research.

Prior to her appointment, Gloria served as Dean of BU’s College of Health and Rehabilitation Sciences: Sargent College from 2005 to 2013. There, she led dramatic increases in the size, quality, and selectivity of the College’s undergraduate and graduate programs, enhancing student and faculty support and doubling the volume of its research funding.

A Professor of Speech, Language and Hearing Science at BU since 1997, Gloria’s research is in the areas of language and memory processes and includes a sizeable portfolio of federal and foundation-sponsored awards from the U.S. Department of Education, the National Institutes of Health, the Medical Research Council of Canada and the Alzheimer’s Association of America, among others. Before arriving at BU, Gloria served as Acting Director of the School of Communication Sciences and Disorders at McGill University in Montreal. She received her B.A. in Psychology from McGill and her M.A. in Applied Psychology and Ph.D. in Psychology from Montreal’s Concordia University.

Learn more about Research at BU.